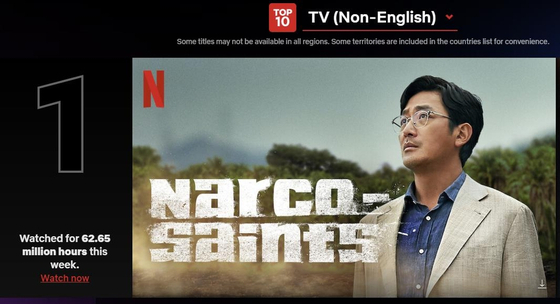 ENA’s global hit “Extraordinary Attorney Woo,” which topped the global chart for seven consecutive weeks until Sept. 11, fell to No. 4, having been streamed for 21.97 million hours.

Drug-ridden depiction of Suriname shows Korean media must do better