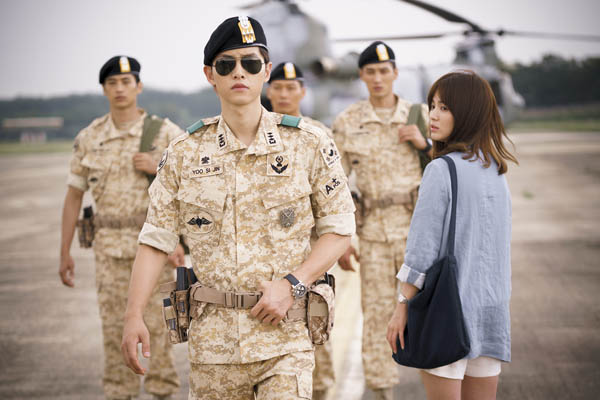 Actor Song Joong-ki and actress Song Hye-gyo safely landed in Greece on Tuesday. The two left for Greece with the crew of the upcoming drama series “The Sun’s Descendent” on Sept. 28, according to NEW, the production company for the series.

Although the drama series began shooting in May, the team headed to Greece because the drama will touch upon a love story between a United Nations peacekeeping soldier and a doctor, and Greece was chosen as the main overseas location. When the two run into each other in disaster zones, they fall in love.

Both Song and the production team will stay in Greece for a month.

Even before the drama series hits the air, it has already stolen the attention of drama fans because it is the first project for actor Song after being discharged from his mandatory military service in May.

The drama series is likely to air in February.