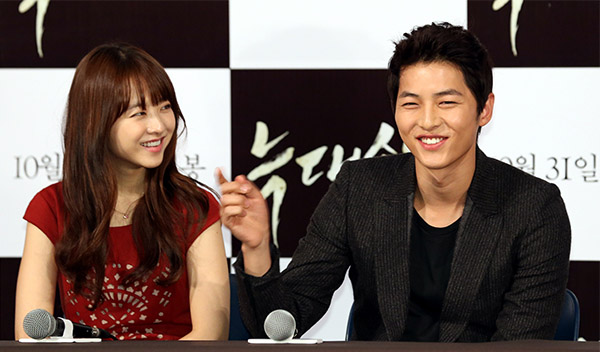 
Just two weeks after release, “A Werewolf Boy” has become the most-watched Korean melodrama to date.

It has also become the ninth Korean movie this year draw 4 million viewers. Others are “Nameless Gangster,” “All About My Wife,” “Yeongasi,” “The Thieves,” “Gone with the Wind” and “Gwanghae.”

Last week, the on-screen couple uploaded a picture of them celebrating Pepero Day (a day for giving out chocolate coated biscuit sticks).

Earlier the couple said their target was to hit the 8 million mark.