While away the winter with Jeju Island’s latest attractions

While away the winter with Jeju Island’s latest attractions 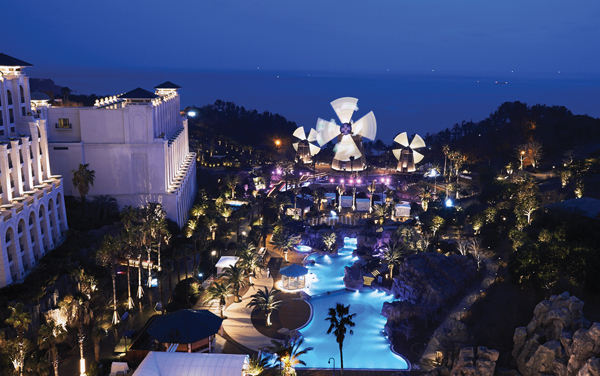 The Lotte Hotel Jeju’s outdoor swimming pool He:on is heated to around 30 degrees Celsius (86 Fahrenheit) until midnight. Provided by the hotel


JEJU ISLAND- The first signs of spring are beginning to appear in shop windows, with lighter clothes on display for the warmer days ahead. But on the city streets, people are still bundled up against the cold

We all miss spring, but will likely have to wait at least a month for the cold to fade. In the meantime, a trip to Korea’s southern island of Jeju will definitely take the edge off the winter chill.

Korea’s biggest island, Jeju is always changing and some interesting new attractions have been added over the past few months. From a heated outdoor swimming pool to the largest aquarium in Asia, Jeju has everything you could ask for on a break from winter.

A dip in an outdoor pool may not be the most alluring idea during the winter, but the Lotte Hotel Jeju has made it a delightfully cozy option.

Earlier this month, the hotel opened its newly renovated outdoor swimming pool, He:on. The largest pool on the island, it’s heated to a balmy 30 degrees Celsius (86 Fahrenheit), meaning that even if it’s cold outside, the water’s just fine. The kids can also get in on the fun in a shallow pool made just for them.

The five-month-long renovation has added a number of features designed to entice winter swimmers. The number of hot tubs went up to three from one, and they have salts from the Dead Sea added, making a soak a healing experience for people with arthritis or skin troubles like eczema.

The water temperature in the hot tubs is even toastier than the pools, and two of them have big screen TVs to boost the relax factor.

After a soak in the warm water, it’s time to enjoy a Hallatini, a signature cocktail that’s only available at the Jeju branch of the hotel. Named after Mount Halla, the nation’s highest mountain that crowns Jeju, the drink is made of Hallasan Soju, locally produced rape flower honey and hallabong. Known as a dekopon in Japan, this tangy citrus treat is a specialty of the island and pairs deliciously with soju.

The hotel also takes pride in its dry sauna made of Hinoki cypress trees. Just passing by the sauna, the feel-good fragrance of the tree wafts through the air. The only disappointment is that there’s only one of them, but it accommodates up to five or six people at a time.

Another way of staying toasty when you get out of the pool are the sunbeds, which keep you warm with infrared light-emitting diodes.

The open-air swimming pool is only open to hotel guests and doesn’t cost anything extra. All kinds of IT gadgets are also available free of charge including iPads, waterproof digital cameras and wireless MP3 players that look like earbuds.

The hotel says the pool will be heated until mid-June.

To celebrate the opening of the newly updated pool, Lotte Hotel Jeju is offering some promotional deals. For more information, visit www.lottehoteljeju.com/kr or call (064) 731-1000. 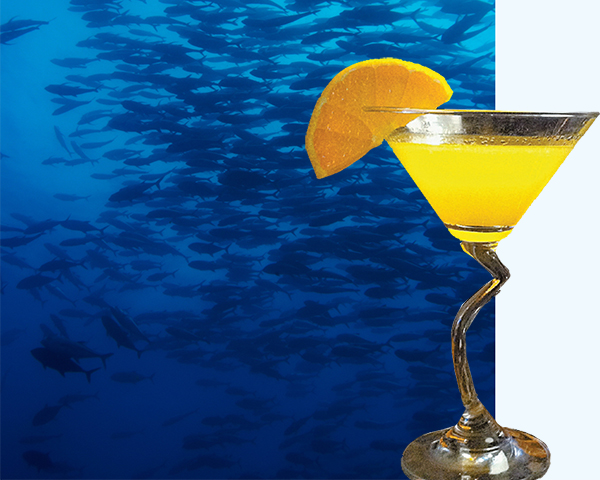 Above: Aqua Planet Jeju is the largest aquarium in Asia. Provided by APJ Right: The Hallatini signature cocktail is only available at the Lotte Hotel Jeju.

If you don’t know where you’re going, Jeju can become a bit of a tourist trap, and shoddy museums are a dime a dozen.

But the Bonte Museum stands tall as a beacon of cultural wealth, displaying artifacts from the late Joseon Dynasty with a focus on items favored by the era’s upper-class ladies.

Meaning “original structure” in Chinese characters, the visual attractions of the Bonte Museum begin with its exterior.

Designed by Japanese architect Tadao Ando, the museum itself is a great sightseeing spot for anyone interested in architecture, despite the fact that it’s taken some heat from critics who feel the architect’s heritage doesn’t match the nature of its content.

The concrete structure is nestled between Mount Sanbang and the sea, and a walk around the grounds with a hot cup of coffee also has a lot to recommend it. You get a complimentary drink when you present your ticket at the museum cafe.

To commemorate its opening, the museum is holding its inaugural exhibition, “In Search of Beauty.” The exhibit features a wide range of products from late Joseon, from humble wooden furniture and accessories to embroidered folding screens. Even if museums aren’t usually your thing, there’s enough here to keep you interested.

The museum also has more contemporary exhibits in another wing, with works on display such as Salvador Dali’s “La Montre Molle” and Pablo Picasso’s “Mother and Son.” 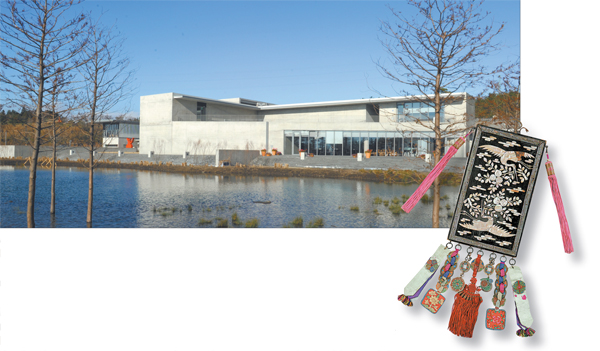 Opened in July of last year, Aqua Planet Jeju has become one of the most popular destinations on the island. It’s the largest such facility in Asia, beating out Okinawa Churaumi Aquarium for the top spot.

A total of 48,000 marine animals of 500 species live here, including big fish such as the giant grouper.

The highlight of the aquarium is its main tank, called the Sea of Jeju, which seeks to present all the life in the surrounding seas.

Along with local sea animals, the main aquarium provides a look at the lives of the island’s famous haenyeo, who are the hardy female divers native to the island.

Mostly in their 60s and 70s, haenyeo hold their breath for extended periods of time as they dive for seafood. They’re prohibited from using oxygen tanks as a way to protect the local sea life.

At Aqua Planet Jeju, haenyeo give diving performances in the main aquarium four times a day.

A team of Ukraine synchronized swimmers also performs at another venue. Guests are also able to feed penguins, otters and seals.