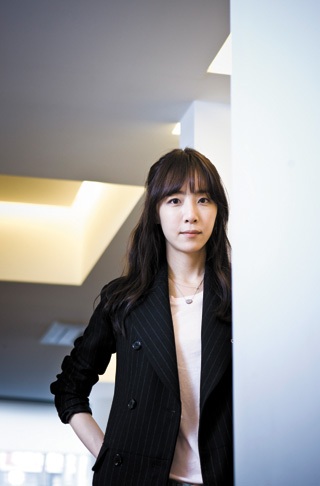 K-pop songs are sometimes criticized for being full of unoriginal lyrics.

But in fact, each and every word that comes out of a singer’s mouth has been meticulously calculated to respond to the fast-changing trends in music.

Just because the words are straightforward and easy to understand doesn’t mean the process of coming up with them has been effortless.

In order to dig deeper into the veiled world of K-pop song-writing, the JoongAng Ilbo, an affiliate of the Korea JoongAng Daily, met with the industry’s lyricist-of-the-moment, Kim Eana.

Kim is behind popular songs such as IU’s “Good Day” and Brown Eyed Girls’ “Abracadabra.”

But her illustrious career doesn’t end there. Last year, Kim generated the highest profits from song royalties compared to any other song-writer.

She was also nominated as lyricist of the year for the third consecutive time at the annual Gaon Chart K-Pop Awards.

Her prominence is also evident in the publishing world. In March, the 36-year-old brought out her first book, “Kim Eana’s Songwriting Method,” which chronicles her decade-long career and gives tips on writing lyrics. It raced up to the best-seller list as soon as it came out. 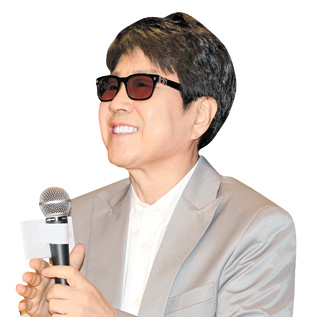 Songs Kim is most proud of: Cho Yong-pil “Walking Along” Kim imagined a top celebrity like Cho Yong-pil would want to put down everything for once in his life and share precious moments with his loved ones. The lyrics reflect such modest wishes.

Kim introduces herself as a “mechanic who writes words for others.”

“I come up with lyrics that sell well to the public,” she said.

Q. It’s interesting that you introduced yourself as a “mechanic.” Why do you think this?

A. There’s something people misunderstand about lyricists. They think we write lyrics before clients request them, but we don’t. We start from when a music company or a composer gives us a song. We are always under pressure from a deadline. Even if we finish writing, it doesn’t guarantee that the client will go straight ahead and pick our track. There have been many times when the lyrics we wrote were not accepted.

Do you still get rejected after becoming a so-called “star writer”?

I have written about 300 songs so far. These days, about six out of 10 are accepted, which means that four are thrown away because they don’t live up to the customer’s taste. But I am in a relatively good position compared to others.

When I was a newcomer, only one out of 10 [of my songs] was selected. Being a lyricist is different from being a book writer. Fame doesn’t directly lead to success. 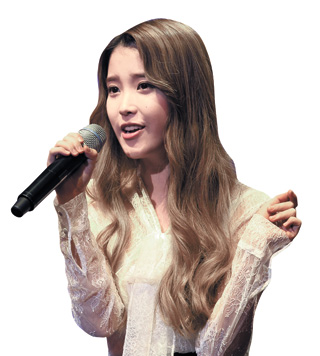 IU "Good Day" Kim considered the protagonist in the song to be a shy girl who is nervous about expressing her feelings to the boy she likes. In the song, the protagonist constantly strives to be confident and look attractive in front of the guy.

Does that mean you’re never in control?

To be more exact, we are in the third position when it comes to authority. In the chief position are the consumers of the songs - the music fans - followed by the label. The music business is more industrialized than many people think.

Even if my lyrics pass the first bar, I still have to be on standby because you never know when they will ask for a revision. During those times it’s hard for me to make casual appointments with my friends.

How much did you earn last year?

Although I can’t reveal the exact number, I can say it was not a tremendous amount of money. Compared to Park Jin-young, who earned the most (1.3 billion won, or $1.2 million) from composing and writing lyrics in 2013, I made very little. For one song, I receive about 1 to 2 million won.

Why did you explain in your book that the aim when writing lyrics is to build up a character?

Pop songs have a limited source of subject matter. They’re either about love or breakups. If we want to overcome such restraints, we have to put in extra effort in building up a character. Is the song’s protagonist a romantic or a Casanova? Are they introverted or outgoing?

Even if we are talking about the same sentiment of love, it can be a totally different story if the character is in his or her teens or in his or her 40s. These trivial elements can garner empathy from the listeners and hook them in.

There is criticism that K-pop lyrics contain undecipherable language or content that is too shallow. Some say the songs are making the Korean language deteriorate. Do you agree?

Yes, I’ve heard a lot of times that the lines are very childish. I admit to a part of it, but I also have to say that lyrics have to change depending on the songs, singers and the audience.

Pop songs have to reflect fast-changing trends, which is why ’70s folk songs can’t be the standard in evaluating nowadays’ songs. The target audience is divided into very small segments today. It is impossible to have one song that can satisfy everyone.

Brown Eyed Girls “Abracadabra” "Abracadabra" contains characters that are by far the most wicked Kim has ever come up with. She expresses the anger and revolt of a woanwho is rejected by her loved one.

In the book, you said emotions have to be segmented into “nano-units.” Can you explain more about that?

The words from songs have to embrace various aspects of people’s lives. For example, people have their own way of breaking up with their lovers. Some blame themselves while others just sit and wait endlessly. There are those who cling to their ex-lover or those who just blow up.

In order to write tasteful lyrics, it’s necessary to stay attentive to the things that happen around you. The sources are all out there.

Is that why you emphasized being a “big person”?

There’s no right or wrong when dealing with romantic issues. Everybody has their own side of the story that led them to behave that way. Acknowledging this fact, one should not write lyrics that defend only one side of the story.

You have worked with Cho Yong-pil and Lee Sun-hee, two singers who have had a big influence in today’s Korean pop landscape. How do you feel about that?

“Walking Along,” which was included in Cho Yong-pil’s 19th album two years ago, was like a medal for me. It made me overcome my sense of inferiority that I was only able to write lighthearted lyrics.

Lee Sun-hee’s “Meet Him Among Them,” which I wrote last year, is a steady seller. I tend to care more about the kind of song that doesn’t fly off the shelves but just calmly sails on.

I enjoy working with experienced singers more. The lyrics just flow smoothly out of my pen. I guess it would be like working with actor Song Kang-ho when making movies. They already know how to liven up the pronunciation and emotional details of the songs.

Who is the most impressive younger singer you have worked with so far?

IU. When something goes wrong, she reflects on it, and if things work out very successfully, she gives credit to the staff and the lyricist. She has a lot of confidence in the things she does. Although she is very young, her attitude is very mature. I learned a lot from her.

How did you learn the basics of music?

I never dreamed of being a lyricist and haven’t received any formal music education, but I thought about doing something related to music. I have enjoyed listening to music since I was in elementary school and organized songs according to the lyricist who wrote them.

When I was making ringtones for cellphone companies, I met lyricist Kim Hyung-seok, which was the crucial moment. I debuted with balladeer Sung Si-kyung’s “If It Snows in October” in 2003. At the time I received, 60,000 won for it.

Don’t you need literary education of some kind to write lyrics well?

I have never written poems or novels and I studied art history in college. But I’ve really liked reading since I was very young. It was sort of like an addiction because I read everything, even the instructions displayed on toothpaste.

Can you suggest one thing that is necessary when writing song lyrics?

A lyricist is like a ventriloquist who has to make a story that is shorter than three minutes with a limited number of letters. Let’s say you’re writing a speech for a president who is in the progressive party, but you’re a conservative.

If you use words that fit you, would that shine out of the president? Definitely not. Novice lyricists these days try so hard to write an elegant piece of writing. But remember, reality is not that elegant all of the time.