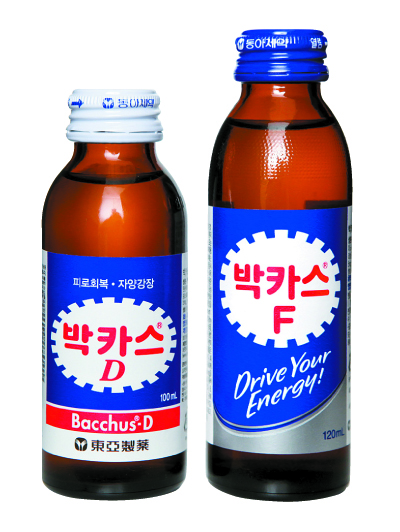 The famous energy drink was first introduced in 1961 in a pill form, before being released as a drink on Aug. 8, 1863 - the date that Dong-A Pharmaceutical chooses to recognize as its official release date.

Bacchus has grown steadily, becoming synonymous with energy drinks in Korea. Total sales of the drink passed 20 billion bottles last year, enough to wrap around the Earth 60 times if the 12 centimeter (4.7 inches) bottles were placed end to end.

Bacchus is the first product in the local pharmaceutical drink industry to pass 20 billion units sold.

The Bacchus brand power is also strong. According to a survey by the Korean Management Association Consulting (KMAC) titled the “20th Brand Power of Korean Industry in 2018,” Bacchus ranks first in the nourishing tonic category. Bacchus has held first place every year for the 20 years that the study has existed.