A man of language with a feel for film

A man of language with a feel for film 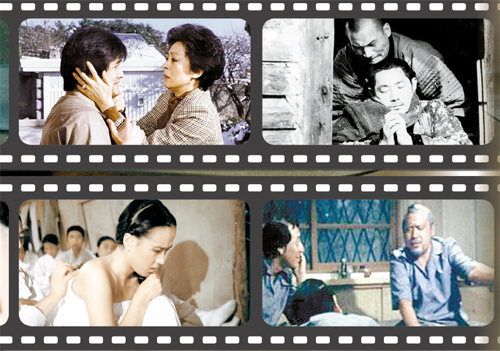 Earlier this month the film industry held a ceremony in Seoul to celebrate the lifetime contribution of Song Kil-han, a 67-year-old movie script writer.
The movie “Jagko,” also known as “Pursuit of Death,” which Mr. Song wrote in 1980, was shown at the event that took place at the Korean Federation of Film Archives.

Although many actors and movie directors have received such an accolade, it is rare for a script writer to be given this kind of recognition. The ceremony was planned to coincide with the recent publication of nine selected screenplays by Mr. Song. The book is called “The Selected Scenarios of Song Kil-han.”
The movie “Jagko” features an ex-cop as its main character. He has chased after a notorious communist nickednamed Jagko for 30 years. Critics regard the work as being much more than an anticommunist movie. They see it as a philosophical film that looks into human nature.
Mr. Song was born in 1940 in Jeonju, North Jeolla province and he made his debut in the early 1970s. During his long career he has written scripts for more than 90 movies, most of which were directed by the critically acclaimed Korean director Im Kwon-taek. Among the works Mr. Song and Mr. Im collaborated upon are “Mandala” also known as “A Buddhist Ascetic Mandara,” filmed in 1981, “Angae Maeul” also known as “Village in the Mist,” released in 1983 and “Sibaji,” also known as “The Surrogate Mother,” from 1987.
Each of these movies appears in Mr. Song’s new publication.
Mr. Song’s work is largely devoted to humanism. He didn’t start off as a writer in the movie industry.
He began his creative career as a young novelist who won a major award for his first book. Mr. Song said he entered the movie industry as a means to earn a living. “I realized it would be hard to make a living being a novelist. And around that time I saw a newspaper advertisement where there was a scenario competition. Since I loved watching movies I submitted a scenario that I wrote. The novelist Oh Young-jin, who was also the judge of the scenario competition, picked my work and after that I learned a lot about writing movie scripts from Mr. Oh,” Mr. Song said.
Yet even for someone who has worked in the industry for more than three decades, producing over 90 screenplays is considered to be a huge achievement.
“In the past the movie industry did not hand out huge pay checks for writing well. It was hard to even pay for alcohol unless a person wrote three to four scripts a year,” Mr. Song said. “Xie Fei, the Chinese director, who I met during the Jeonju International Film Festival told me that making a movie is more important than writing one, and that is true.”
Mr. Song said he wanted to work with the director Mr. Im because of his strong presence on the set. “We hit it off the first time we met. Afterward, we understood each other without having to put anything into words. I was enraptured by his integrity and self-discipline. I threw myself into the work even though, back then, movies didn’t become major hits like Korean movies do today.”
Mr. Song said back in the 1970s writing for the movies was not considered a promising job. “Movies during our time were considered to be outside the mainstream of the media. Yet my younger brother, Song Neung-han, was also a member of the movie community, at Seoul National University. Even when he got the opportunity to have a decent job he wouldn’t show up because he was filming. My mother got to the point where she slapped him. She said it was enough that I was working in the entertainment business.” Mr. Song said he told his brother that even though the work could be overwhelming, if he wanted to work in the film industry he should. “I think my brother was naturally attracted to filming movies as he saw how Mr. Im and I were serious when we were filming,” Mr. Song said. 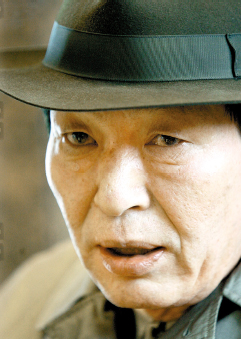 
Song Neung-han later directed movies such as “No. 3,” which received great acclaim when it was released in 1997, and “Segimal,” also known as “A Century’s End,” in 1999.
Mr. Song nowadays teaches at the Korean Federation of Film Archives, drawing upon his lifetime of experience.
“It’s more like studying together than teaching,” Mr. Song said. “I learn what the young people today are thinking and what the general mentality is in this era.”
He advises young people who wish to work in the movie industry, whether as directors or script writers, to continuously make efforts to break away from the structure of old movies. He says they should not stand in line trying to copy movies that have already been a success.
Mr. Song says it has become a general pattern in the Korean movie industry since the 1990s to film movies that combine comedy and action. He thinks there is too much cursing in the dialogue and there are numerous movies where overstated and violent action is depicted as if it was reality. He says a movie should not be able to survive unless it distinguishes itself from other movies. Mr. Song says he is not sure there is any role left for him in the industry, although he wishes to write one more script that “tells a beautiful story.”
Mr. Song said he started to lecture students because at one point he just felt tired of making films but now, as he works to publicize his selected screenplays, Mr. Song said he is looking forward to a return to action.