[Game review]PaRappa The Rapper, and more

[Game review]PaRappa The Rapper, and more 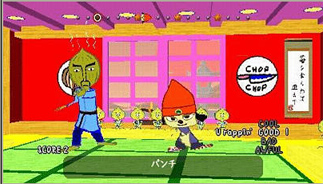 The long awaited PlayStation portable version of the PaRappa The Rapper is finally out. Now PSP gamers can enjoy the funky beat of the game while on the move. When the game was released on the Playstation in 1997 it became a major hit since it was the first of its genre.
Even though many similar games have been released, none have achieved the fame and recognition that PaRappa The Rapper has received. Even the second version of the game, released in 2001, did not do as well as the original .
The PSP version remains true to the PS version. It follows through the same story and same stages. The game itself is not too difficult, being the same as the PS version. Even a first-time player will find it easy.
Although major upgrades are absent in the PSP version, little changes have been made. Multi-play is available, which was absent in the PS version.
Although there haven’t been many changes made since the game was created a decade ago, PaRappa The Rapper continues to be a classic.
By Lee Ho-jeong 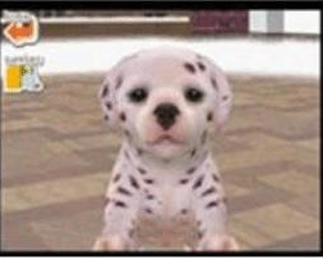 The “pocket pet” game genre has always fallen a bit short for me in terms of the all-important cute factor. When the Tamagatchi came out I simply could not understand what was so adorable about a dozen blocky black pixels that you had to clean up after. The all-day time clock was another downer. Why make yourself a slave to a digital pet?
Nintendo to the rescue. Not only does Nintendogs solve the appearance problem with its adorable, realistic 3D puppies, it also puts the focus on activities and not on the pooper scooper.
Interaction with the pup is handled through the DS’s touch screen, allowing the player to pet to reward and direct the dog to do tricks and win contests. Using the DS’s microphone, the pup learns to respond to spoken commands for tricks of varying complexity. Walks, Frisbee catch, “agility” contests and dog shows earn money to accessorize and eventually make yours a multi-dog home. And Wi-Fi means your pup can play with friends. As others in my office will tell you, this game is embarrassingly fun, even for an adult.