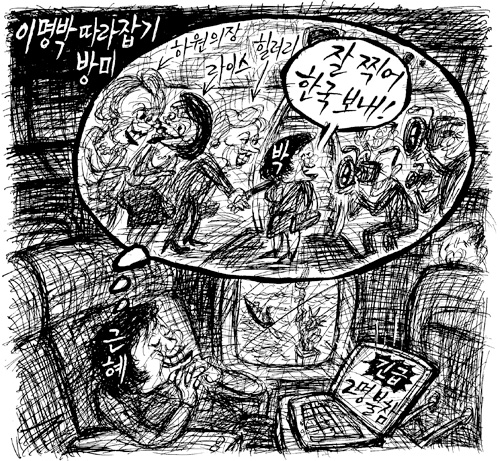 Park Geun-hye, former chairwoman of the Grand National Party, hopes that reporters will be impressed by her meetings with Condoleezza Rice, U.S. secretary of state; Nancy Pelosi, speaker of the House of Representatives; and Hillary Clinton. She trails the former Seoul mayor Lee Myung-bak in the race for her party’s presidential nomination. By Kim Sang-taek