[Talk of the town]WHO HIT WHO?

[Talk of the town]WHO HIT WHO? 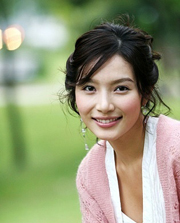 Actress Lee Min-young has been sued by her sister-in-law, who claims she suffered physical and verbal violence from the actress. Ms. Lee is already involved in another lawsuit over alleged violence by her ex-husband.
The sister-in-law, known only as “Ms. Kim” in court papers, said Ms. Lee hit her and called her abusive names in January 2006. She was three months pregnant at the time and claims she suffered from shortness of breath as a result of shock.
Ms. Kim also sued her own husband, Ms. Lee’s older brother, for the same offense. She said four months later, her husband had beaten her before he moved out of the house to live with his parents. She claimed to be suffering from facial palsy after that attack.
Both lawyers for the Lee siblings denied all the charges.
Kim Jae-cheol, the actress’s lawyer, said Ms. Kim’s claims are groundless.
“We are thinking of counter suing for false accusation,” he said.
Park Seung-jin, Ms. Lee’s brother’s lawyer, said, Ms. Kim and his client are involved in a divorce and that she received her injury from elsewhere.
“As for the ‘violence’ in May 2006, it was Ms. Kim who tried to hit my client in his car and instead smashed herself into the gear-stick,” he said.
As for Ms. Lee, she sued her ex-husband, actor Lee Chan, last month, claiming he was responsible for her miscarriage and a broken nose. The celebrity couple got divorced 12 days after their marriage last December. 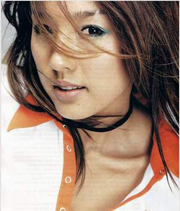 Lee Hyo-ri fell into an old ventilation hole and would have dropped almost 20 meters (66 feet) if the opening had been bigger.
The opening was 40 by 60 centimeters (16 by 24 inches), leaving her wedged in the hole on the roof of a seven-story building. The hole was an opening for a ventilation shaft, which continued straight down to the basement of the building. Although Lee’s injuries are not life-threatening she does have “big bruises and friction burns on her side and hands.”
Last Wednesday, the singer and actor was filming a scene for a new television drama series on the roof of an empty building. The filming crew suggested she climb up on the covered-up ventilation hole for a better shot. The covering was made of glass, but the crew thought that it was cement because of a thick layer of dust that was covering the hatch.
As Lee took a few steps on the glass however, it suddenly cracked with a loud noise and she fell. Luckily her body got stuck and prevented her from dropping further.
mina@joongang.co.kr