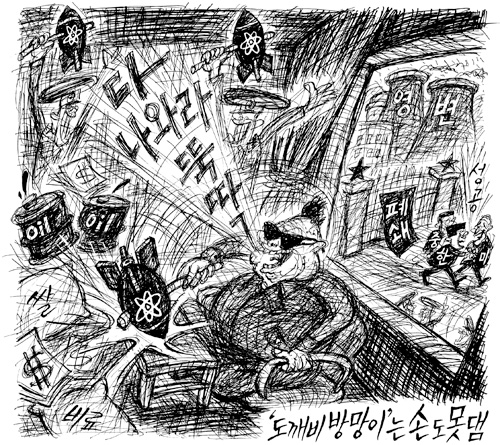 Kim Jong-il sings at the “Magic Nuclear Bomb Club”while South Korea, the
United States and Japan dance outside after the agreement to close the
Yongbyon nuclear facility. As Mr. Kim bangs his club and sings, “C’mon
everything I want,” rice, fertilizer, oil and cash pour out in front of him. But
still, the magic nuclear club remains intact. By Kim Sang-taek