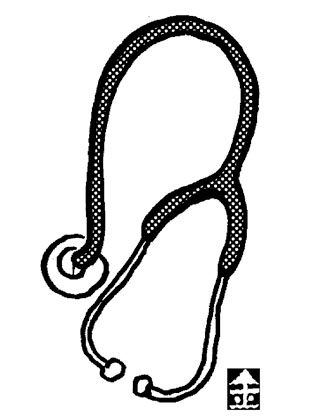 The MBC drama “Hayan Geotab” or “The Great White Tower” is very popular among young working professionals. The drama is set in a hospital and centers on doctors. It has been critically applauded as a successful remake of a Japanese drama. The secret of its popularity is its stark reality. Viewers are captivated by the realistic portrayal of a group of doctors that scamper endlessly for power.
Although the drama is set in a hospital, it is not purely a drama about medical science and treatment. It could take place at a corporation, public office, or any place where “success or extermination” exists. It is a political drama; to be more precise, it is a drama about politics at the workplace. The drama depicts the mechanism of a competitive social system that television programs had previously ignored.
The genre of “workplace drama” itself has not been developed yet. The only drama that could possibly qualify as a workplace drama would be “TV Sun Zi’s Art of War” (aired on KBS Television in 1987-1993), which was a human-nature drama set in a midsize corporation. Although the boss’ diatribes and the worker’s incompetence were repeated every episode, the conflicts were always resolved in an amicable fashion. Director Lee Myung-se’s movie “Distressing to be a Man,” which portrayed the joys and sorrows of working professionals, ended up being a fantasy movie for people wanting to escape from their jobs. “The Great White Tower” is the evolution of the workplace drama.
What is more interesting, however, is the manner in which the public views this drama, which can be considered society’s view regarding the survival of the fittest mentality. Competition for power is a justifiable reality; desire for power cannot be criticized. Among the characters appearing in the show, the character played by Kim Myung-min, who can be dastardly at times for the sake of his ambition, is overwhelmingly more popular than the character played by Lee Sun-kyun, who is nice and a stickler for rules. Instead of being appalled by Kim Myung-min’s character, who rises by using all means at his disposal, the viewers respond to him. This can be viewed as the end of the era of innocence and the dawning of the era of fierce competition and survival of the fittest.
Without having to see them on television, we have grown weary of political dramas shot live at Yeouido, where the Parliament is located, everyday. Of course, there is a decisive difference. In “The Great White Tower,” the doctors do not disguise their thirst for power by using public virtue or another person’s name (the people). Nobody will cheer for such hypocritical political dramas.