It’s all about winning

It’s all about winning 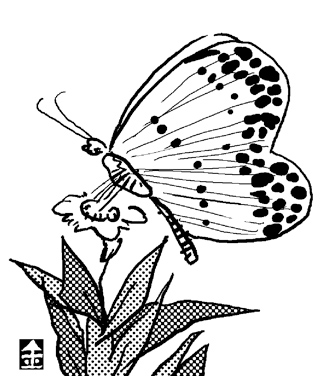 Ants release pheromones to communicate with each other. In Bernard Werber’s “Empire of the Ants,” ants even share love through pheromones. The ant mistakes the hairstreak caterpillar as being its own pupae because it relies on pheromones to detect its offspring. The hairstreak butterfly is a beautiful small butterfly that resembles a small bottle-like trinket made of colorful cloth. However, its caterpillar bears a striking resemblance to ant pupae. The ant is tricked because the chemicals released from the hairstreak caterpillar closely resemble its own pheromones. The blue hairstreak butterfly lays eggs in grass and when these eggs hatch, red ants take the newborn caterpillars to their nests, thinking the caterpillars are their own pupae. Only after reaching full maturation do caterpillars leave the ant’s nest. Like the Japanese carpenter ant, there are instances when the sugar-rich honeydew dripped by the dusky hairstreak caterpillar intoxicates the ants.
Looking at the current political scene, politicians resemble working ants searching for the larvae of others. The Uri Party, which bifurcated as it pursued former Prime Minister Goh Kun, did so because Goh Kun was popular in the polls. As soon as the Goh Kun “butterfly” flew away, they animatedly pursued the former president of Seoul National University, Chung Woon-chan. The Uri Party is even combing a red ant cave, showing interest in the former Gyeonggi Province governor Sohn Hak-kyu. Over-whelmed by a fervent desire to win the election, they have lost all sense of circumspection. The Uri Party shows no interest in political philosophies or policies; they are only interested in winning the election. They may want to win the election, but it is not time for the ant to go searching for caterpillars.
The Grand National Party is not that much different. The candidates are not competing on policies. They have only proposed symbolic, grand projects whose validity cannot be resolved through endless debate. They support particular candidates based on their probability of being elected, not according to their policies or leadership skills. Regardless of party, winning has become everything. Although the moral character of a candidate is important, the next five years can be fruitful only when the policy and vision of the candidate is scrutinized. Through a competition of policies, candidates exude an influence on one another and grow similar; it is a process of convergence regarding national objectives and policies. Without this facet, the nation will be overrun with glitzy policies that have not been adequately reviewed.