Marry in haste and regret at leisure

Marry in haste and regret at leisure 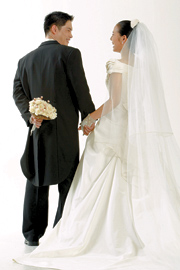 Kim Mi-na and Lee Dong-sin have been dating for three years and plan to get married in May. They said the smartest thing they did during their courtship was to attend a pre-matrimony school.
During the school’s sessions the couple undertook an analysis of their characters and found out about each other’s economic values and other external pressures that could affect the course of their relationship. They say the school taught them more about each other than anything else they had done since first meeting.
Korea has the world’s third-highest divorce rate. Around 400 couples get divorced in Korea every day. Last year the government passed a bill that ensures couples have a cooling-off period before they file for divorce, as a way of avoiding impulsive breakups. But divorce is such a significant problem that private institutions and government bodies are looking energetically for additional measures.
Prevention is better than cure and that might explain why an increasing number of Korean couples are signing up for pre-marital schools which are designed to explain the reality of marriage from the perspective of relationship professionals.
The schools offer programs that provide practical solutions to the dilemmas of marriage. The techniques include case studies, private counseling and personality tests. The subjects covered are how the sexes react differently under certain circumstances, family economy, problems of communication and marital sex life.
The Catholic Church in Korea has a special weekend for newly-weds and prospective partners every Friday. It lasts for three days and gives couples a chance to talk about their future. Some of the notes jotted down on an anonymous survey and left behind by the couples after the workshop are telling.
One of them writes, “It allowed us to look ahead at various circumstances that could occur in a marriage and learn ways to overcome these problems.”
Another wrote, “It was very helpful to know my partner’s mental state and beliefs. It gave me a better sense of how I should approach my partner.”
Many Roman Catholic parishes in Korea offer the Gana Marriage class, in which couples get two or three hours a week to discuss practical issues like family planning and organizing a church wedding.
You don’t have to be a Roman Catholic to register for the courses, but the content of the lectures is designed for people who are thinking of getting married in the Roman Catholic church. At the end of the program participants get a certificate of marriage doctrine.
On a grander scale, local governments are also using tax money to prevent marriage breakdown, either for free or a minimum fee.
The city of Anyang has been holding a Marriage License Class since 2004 and begin their new semester on March 15. The program focuses on practical issues like family finances and is attended by working and middle class residents of the district. It offers advice about finding lease apartments, savings and domestic labor, all for as little as 10,000 won ($10.54).
In March and April the Central Health Family Support Center, a family counseling group affiliated with the Ministry of Gender Equality and Family, are opening regional branches throughout Korea. In Paju the educators are organizing a visiting program in which the marriage counselors are dispatched to meetings of five couples or more to hold free workshops.
“A lot of young Koreans nowadays are actively preparing their way ahead way before they say their vows,” says Han Su-jin, the program organizer at Paju. “They [pre-marital schools] are a necessary step for couples interested in understanding each other.”
The Marriage Academy, run by the Korea Legal Aid Center for Family Relations, a non-profit legal service for family law issues, provides a series of lectures on practical issues in marriage including legal services for marriage registration and lease agreements for newlywed couples looking for houses.
Since 2004 the center has also been holding free classes for people who are considering divorce. For six weeks, the couples meet every Friday for 90 minutes and attend programs that look into aspects of post-divorce adjustment and the psychological distress that couples experience after separation. Nearly 497 people attended the program from 2004 to 2006. 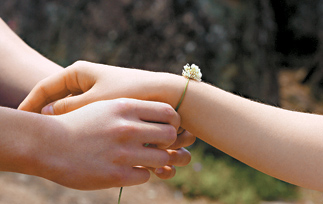 “There are many inquires about the program,” says the center’s spokeswoman. “But I think only about 50 percent of the people who enquire actually attend our class. There is great hesitation in Korean society about disclosing family problems. Once they find their situation has improved, they immediately stop coming.”
One of the most popular programs at the Family Culture Center, a publisher and a religious institute specializing in family issues, is a class that looks at the differences between purpose-driven men and relation-driven women. The center’s lecture series, “How to Fight Smart,” which starts in May, is attracting attention among soon-to-be married couples.
For six weeks the students discuss how to handle common causes of friction in Korean marriages, like dowries and confrontations with in-laws.
“We are in an age where the family is under great threat due to various socio-cultural issues,” says Lee Dong-won, the pastor of the center. “The consequences of a marriage entered into without preparation are often far worse than the loneliness of being single.”
The idea of pre-marital schools has gained most ground among religious institutions. Durano School, which is run by Onnuri Church, is among the most famous programs. It was set up in 1992 with a series of lectures by doctors, marriage counselors and financial consultants.
The program includes a personality test that sorts individuals into categories like leaders or socialites, and stable or cautious. It then offers tips about how each type of character can maintain stable relationships.
Other sessions include a workshop in which couples sit down to exchange their income statements and discuss their potential expenses as they plan their financial future.
A marriage school offered by the Sarang Community Church, which focuses on the main skills that are needed for the first three years of marriage, filled all its places within three days of running a promotional advertisement. Jigawon, another Christian-based organization, runs a “Happy School” which has a six-month program that awards certificates to husbands and wives who complete the program.
“There are a lot of young Koreans who tend to think of marriage as some kind of a business deal in this material world,” says Song Young-woo, the secretary of Jigawon. “The principle of marriage is happiness, not pursuing things that get abandoned once their functions are fulfilled. It’s critical that couples find out about each other’s emotional needs and differences before they start to calculate whether their partners can afford an apartment or manage their finances.”