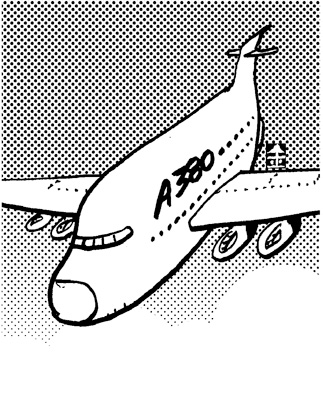 One day in 1973 the president of Korean Air, Cho Joong-hoon, was requested by an influential person to order six Airbus planes. He was dumbfounded. There were talks that France and several European countries had collaborated to build the airplanes. However, safety and performance questions regarding these planes still loomed.
Nevertheless, engineers who reviewed the planes concluded they were adequate, which made Korean Air the first Airbus customer in Asia. The following October, problems regarding initiating a new Korean Air service to Paris, which had been in the works for 10 years, were smoothly resolved. Cho Yang-ho, the chairman of the Hanjin Group, is still treated like royalty at the Airbus headquarters in Toulouse.
Just as the European Union was founded to contest the United States, Airbus began as an unprecedented consortium of European aviation firms from France, Germany, England, and Spain to compete with the American company Boeing. As expected, Boeing did not accept the new competition with open arms and built the jumbo jet the B747, which could carry more than 400 passengers ― the world was amazed. For the past 40 years, Boeing has monopolized the market for jumbo-size carriers.
Airbus, which had aggressively competed with Boeing in the mid- to large-size carrier market during the late 1990s, has fallen on hard times. It built the super jumbo A380, which can carry 555 passengers, but Airbus has run into a snag with weight issues, prompting delivery delays. The A380 is in danger of becoming a mega-flop, as orders are being cancelled across the globe.
Guns fired in celebration at Berlin’s Brandenburg Gate to mark the European Union’s 50th birthday, the anniversary of the Treaty of Rome.
However, the future of the EU, as with Airbus, is unclear. It is still uncertain if “peace and prosperity” in the EU ― as Angela Merkel, the German Chancellor, put it ― will be possible, or if compromise and amicability will be difficult, as Pacal Lamy (EU trade commissioner) suggests.
The shortcomings of the A380 have been blamed on the icy relationship between German and French engineers and managers. As soon as Airbus announced that 10,000 workers would be laid off, each country called for the other to take the brunt of the pain. Some have pessimistically declared: “Airbus must be divided by France and Germany to survive.”
Airbus, which is the symbol of a unified Europe, serves as the compass that prophesizes the future of the EU.