[Talk of the town]Jang dong-gun makes debut in hollywood, and more

[Talk of the town]Jang dong-gun makes debut in hollywood, and more 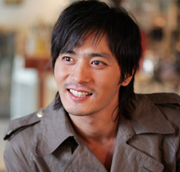 Movie star Jang Dong-gun will debut in Hollywood in a film that will also star top Chinese actress Zhang Ziyi, Yonhap news agency reported last Wednesday.
The English-language film “Laundry Warrior” is being produced by Oscar winner Barrie M. Osborne, who worked on “The Lord of the Rings” film trilogy. Osborne will partner with Lee Joo-ick, the CEO of Boram Entertainment and the producer of “The Seven Swords.” But at the production’s helm is Korean director Lee Seung-moo.
The $30 million film is going to be a Western fantasy, with shooting expected to begin in May in the United States. Boram Entertainment and Jang are planning to hold press conferences in Korea and in the United States this month to release further details.
Jang starred in the 2000 Korean gangster film “Friend,” which was the highest grossing Korean film of all time, and in 2004’s “Taegukgi,” a blockbuster about two brothers who end up fighting on opposite sides in the 1950-53 Korean War. He earned his fifth Blue Dragon award for the role. He also appeared in Chinese director Chen Kaige’s epic “The Promise.”

IVY VIDEO GETS THE AXE 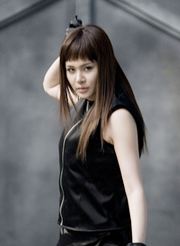 A Seoul court has banned a new Ivy music video from being broadcast on television, ruling in favor of a Japanese film company that claimed a few of the singer’s clips plagiarized scenes from one of its animated films.
The Seoul Central District Court said on Friday that parts of the video for Ivy’s song “Temptation Sonata” were “significantly similar” to scenes from “Final Fantasy VII: Advent Children,” an animated film created by Japan-based Square-Enix.
Similarities in the two films include plot, venue and editing techniques, as well as the appearance of the main characters, who come out wearing tight black leather outfits and sleek ponytails.
“Fantom Entertainment Group [Ivy’s management agency] has produced and sold her music video for commercial purposes but did not get any approval from Square-Enix,” said Kim Yong-heon, the presiding judge. “Considering that the scenes in question make up the main plot, the court cannot say the music video has used the Japanese game for reference, as the defendant claims.”
Fantom Entertainment Group said it has no plans to appeal the court’s decision but said the music video was “a means to show respect to the director of the Final Fantasy series.”
“And we wrote that in English subtitles in the music video,” the company said.