A legacy of movie violence

A legacy of movie violence 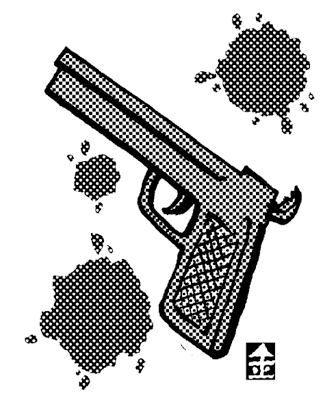 Debates about the possibilities of copycats are routine after horrifying incidents like the gun rampage at Virginia Tech. Is media violence, people ask, responsible for violence in reality? The Virginia tragedy brought this question to the center of attention again as some of Cho Seung-hui’s poses in the photos he sent to the public resembled scenes from violent action movies.
Few disagree that long-term exposure to violent images gradually accustoms people to violence. However, whether those exposed to violent images exercise violence without variance is another question. Hence violence in the media is often rendered as an indirect, long-term factor behind a violent society, rather than as its direct cause.
Fundamental reasons behind crime, such as socio-economic problems, are often obscured by a focus on the media. Many object that violence comes from a foundation of basic aggression rather than from movies, and that society should accept responsibility.
Yet violent films must provide a serious answer to why they have chosen violent expression in contemporary films. Todd Gitlin, a journalism critic and sociologist, is one of the leading critics of the film director Quentin Tarantino, the godfather of violent movies. He does not agree at all with Tarantino’s argument that film violence is a matter of aesthetics. Holding that Hollywood has inspired numerous mass murderers, Gitlin insists that violent films have severed the link between a rational account of crime, such as motivation or morality, and acts of meaningless violence. Viewers are thereby rarely able to muster sympathy for the victims of violence on screen. Violence, unbridled by the gravitational force of the routine, retired to the province of abstraction, becomes a meaningless set of motions. Gitlin also rejects the effects of viewed violence as catharsis, questioning why violence in reality has not yet decreased despite the astounding presence of violent films.
Surely Gitlin’s argument does not exhibit a full understanding of films. He did not even distinguish those films that intend to condemn violence via violent content from films that celebrate violence for its own sake. Furthermore, in addition to violent films, humans have a long tradition of violent entertainment, which holds violence as the object of games.
Nevertheless, the fact that violence in movies is always rising poses a serious question. This has rendered the eyes of viewers able to watch gory bloodbaths onscreen with refreshing gaiety instead of moral disgust. Gitlin’s polemic rings a grave bell this morning.