[Talk of the town]INTENSIVE SCRUTINY

[Talk of the town]INTENSIVE SCRUTINY 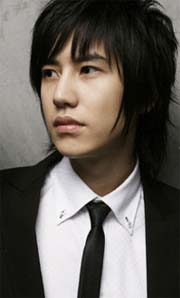 Kyuhyun, of the pop group Super Junior, may not be recovering from a recent car accident as fast as his management agency have claimed. Suspicions have been raised because his condition seems shrouded in secrecy.
The singer’s doctor refused to comment to the press, while his agency is trying to stop reports from local entertainment outlets that he is still unconscious. He has been in intensive care at a Seoul hospital since last Wednesday.
The hospital has complained about the star’s passionate fans, who have been trying to see their idol. One female fan disguised herself as a patient and tried to sneak on to the ward on the night Kyuhyun arrived at the hospital, according to guards at the facility.
Kyuhun’s agency said the 20-year-old singer is suffering from a fractured hip, broken ribs and a punctured lung. He has been having trouble breathing and is using a respirator.
He and three other members of Super Junior, including Shingdong, Leeteuk, and Eunhyuk, were involved in the accident.
They were returning home from a late night radio program. Their van ran into the guard rail on the Olympic Highway and turned over.
Other band members were only slightly injured. Investigations showed that the driver had been speeding.
All dates involving these four group members have been cancelled.
Super Junior is a 13-member K-pop group which made their debut in 2005. They have won 12 popularity awards and are regarded as the most popular group among Korea’s teenagers. 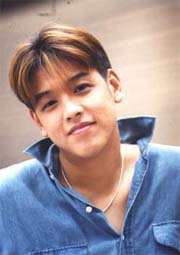 BETTER ABROAD
Korean singer and actor Ryu Si-won has forged a new and more successful career for himself in Japan, after he debuted there as a dancer and singer.
In Korea, he is better known as a TV show host, after his pop albums failed in the local market. His fifth Japanese single, “Babylon” shot to number 2 on the Oricon chart after its release last Wednesday.
Babylon features dance music, which Ryu never tried in Korea. His agency says he was trained by a former member of TRF, Japan’s leading dance group from the 1990s.
Ryu’s regular album “With You” is coming out on May 23 and his Japanese concert tour will begin on June 23.
Ryu is currently a PR ambassador for the Korea Tourism Organization. He had held this title for two consecutive years and his role is to promote the country’s culture and tourism, particularly in Japan and Taiwan.