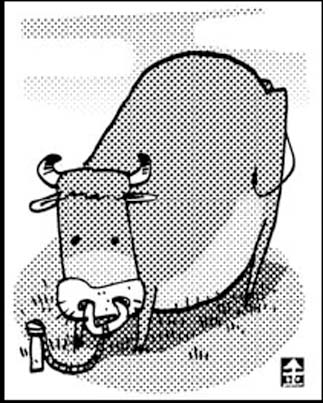 Why is it that agricultural products demonstrate higher fluctuations in price than manufactured goods? Gregory King, an English-born scholar of the 17th century who is known as the first economic statistician, observed even a small change in the production of corn will dramatically change its price. After years of scrupulous observation, King made a table on the basis of which it can be estimated how much an increase or decrease in the supply of corn will change the price of corn.
This became Gregory King’s Law, or the “King-Davenant law.” Contemporary economics explains that it is because both the supply and the demand of agricultural products are inelastic to changes in price.
There are some agricultural products for which production and price repeat periodic increases and decreases. In 19th century America, it was observed that high production and low prices in the corn market alternate with high prices and low production in the hog market with some time lapse, and vice versa. Suppose the supply of corn heavily increased one year. As a result the price of corn for feed decreases and in turn the number of farming pigs increases. But on the following year corn farmers reduce the production of corn on the basis of last year’s disappointing price, which raises the price of corn this year and thereby reduces the number of pigs raised.
The corn farmers, however, excited over the increase in the price of corn, in return extend the production of corn. This observed phenomena is called the “Corn-Hog cycle,” which alternates the production and prices of corn and hogs every two years. This is the so-called fallacy of composition ― that the rational behavior of each farmer meant to maximize profits results in collective losses for the entire farming industry.
A similar phenomenon is found in Korea. The most notable of all is the recurring disaster in the prices of pigs and kimchi cabbages. Because farmers, for the sake of their private interests, willfully misunderstood the signals of market demand in the opposite way, they had to bury young pigs and unearth readily growing cabbages from their patches.
The sharply plunging price of domestic beef is likely to damage the whole market for cattle. Farmers increased the number of cows they raised to the maximum while the import of American beef was banned, and they are now rushing to sell the accumulated beef as the import ban is being lifted. Yet they must remain calm in order to avert another disaster in the beef market, especially at this moment.