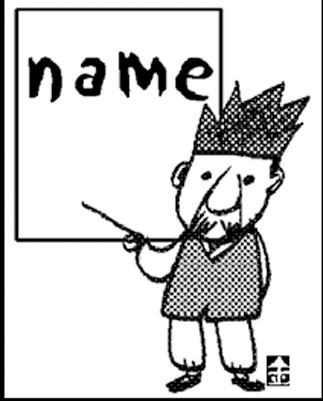 In “The Life of the Hollywood Kid,” author Ahn Jung-hyo named the protagonist of his novel “Im Byeong-seok” while thinking of the word byeong-seok, which means “sickbed.” He subtly suggests that a person is responsible for his or her life going bad -- it is not simply a matter of being ill-fated.
This might be the case in fiction, but in the real world, is a name just a name or does it affect one’s fate? Of course, scholars who study names insist they do, pointing to the Pygmalion effect, which is based on Greek mythology. Some people perform better than others because they are expected to; they contend a good name lives up to its hype for enhancement.
Even parents who are skeptical of this rack their brains to give their newborn infants meaningful and slick names, hoping they will live healthy and prosperous lives. Western parents are no different.
Just as the leading character “Kim Samsoon” did in a television drama, many people petition for name changes because their names are unattractive or because they are former felons or have bad credit. People are rushing to turn in their old names for so-called luckier names because they believe it will enhance their chances of success in business, marriage, getting into college and landing a job.
In addition, the legal criteria for changing names have become more lax, prompting over 10,000 people a month to petition for name change.
Shares of a company on the Kosdaq might rise simply by changing the name of the company, but nothing drastically alters by changing the name on one’s national identification card. An American family living in Harlem named their first child “Winner,” hoping for his future success, and named their second child “Loser.” The first son turned out to be a hoodlum and a true loser in life, while the second son became a high-ranking officer in the police force. A study conducted in California found no correlation existed between one’s name and race or one’s eventual economic achievement, according to “Freakonomics,” by Steven Levitt and Stephen Dubner.
It has been recently uncovered that Kim Seung-youn changed the “seung” character in his name to a character that has a plethora of good connotations like driving forward, tranquility and prosperity. Close associates explain that he changed his name hoping for his business to flourish, and his business actually did well, taking over the Korean Life Insurance Co. However, he has fallen on hard times, which confuses evermore the relationship between name and fate.