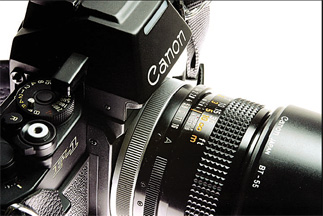 Computer graphics in films have never been so seamless, thanks to digital technology. But the trend towards digital doesn’t just apply to the technology used in making the film. As movie series progress, the digital devices used in them reflect what kind of gadgets are hot.
In the first of the Spider-Man series, Peter Parker (Spider-Man), a physics graduate student and photographer for the Daily Bugle, used a Canon F-1N with an AE finder, which uses conventional film.
In the latest Spider-Man 3, however, the main characters are no longer using film cameras. Eddie Brock Jr. (Venom), Parker’s rival photographer, carries a Nikon digital single-lens reflex (DSLR) camera. 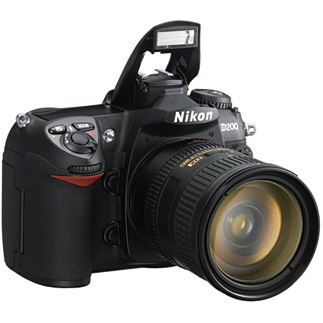 Online camera forum users have been debating which model Peter Parker used in the latest film, but many believe it was a Contax N digital, which is paradoxical because the digital Contax N, not being great at taking a rapid series of shots, is not considered to be the optimal camera for newspaper reporters.
DSLR cameras operate on the same optical and mechanical principle as modern auto-focus SLR cameras.
The main difference, however, is that photographic film has been replaced by image sensors and electronics, which create digital images within the camera. The need to develop the image from film is removed.
One scene in Spider-Man 3 involves using the zoom-in feature to identify a certain person. Such an extreme zoom-in would probably be impossible with the lens that was actually used in the film, but one of the merits of DSLR cameras is that the lenses are interchangeable. This allows the photographer to have a wider ranger of shooting options. Also, most lenses that are used on film cameras can be used on DSLR cameras, provided that the brands are the same. 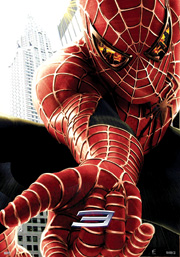 The growth of the market for DSLR cameras is clearly seen in the figures. According to the market research firm GfK, DSLR camera sales in offline stores in February accounted for 10 percent of total digital camera sales, a 6 percentage- point increase from last year.
The new cameras used in Spider-man 3 reveals the changes that have taken place in the consumer market and the rise of digital over film cameras. These advances, or rather evolution, in camera trends, was seen in another superhero movie ― Superman Returns, in which a Samsung Anycall phone camera is used to take a picture of Superman rescuing a woman. The photo is used on the front page of newspapers ― something that would have been difficult with phone cameras in the past. It has become easier today because phone cameras support high resolution. Phone cameras also store images in digital format.