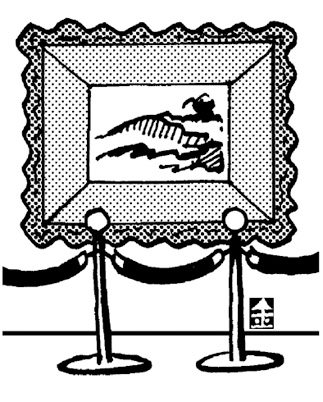 Painter Peter Paul Rubens from the Baroque period was, in today’s terminology, very adept at “marketing art,” considering that fact that he sold many of his paintings to members of the royal family and nobility.
When backed up with orders from regular customers such as Philip IV, the king of Spain, he would put assistants and students on a “manufacturing line.”
At one point, he completed 56 masterpieces in a little more than a year. He used an ingenious tactic to put to rest rumors of plagiarism; he invited influential customers to his luxurious studio and allowed them to witness the process firsthand. He was a multitasking genius, dictating a letter to his assistant while effortlessly bringing a large painting to life. Rubens was a prolific painter who could paint an exuberant curve two-meters long with one stroke of the brush. (from “Art & Money: An Irreverent History” by Aubrey Menen).
Rubens was a unique character, as well. It was rare for an artist with Rubens’ exquisite talent to be blessed with business sense and flamboyance. Artists commonly embraced poverty and grief. Monet, for example, sent a destitute letter to his friend, writing, “I will give you 25 paintings for 500 francs. Please buy them now.”
Modern Korean artists Lee Jung-seop and Park Soo-keun had hard times making a living. Since they had no money to paint, Lee Jung-seop left drawings on the inside of the silver foil used in cigarette packs. Park Soo-keun made a living by drawing $5 portraits at the American Army PX.
The Korean art market is experiencing its third wave of popularity following the apartment construction boom of the 1970s and the art boom of the early 1990s following reverberations from the 1988 Seoul Olympics.
According to Insadong vernacular, investors have begun to “pour money” into the art market. The individual works of Park Soo-keun, Kim Hwan-gi and Lee Jung-seop have sold for more than a million dollars at public auctions. The “Big 3” Korean artists have joined the million-dollar club. The art world is vibrant for the first time in a long time.
Artists, collectors, businesses, galleries and auctioneers should take this opportunity to clear up the imbroglio surrounding the pricing of paintings. Although they have far to go to reach the standards established by Christie’s or Sotheby’s, an art system where the principle of supply and demand is adequately in place must be established.
This will create a world where business-minded artists such as Rubens, as well as maladroit artists like Monet and Lee Jung-seop, can all thrive.