No way to prosper

No way to prosper 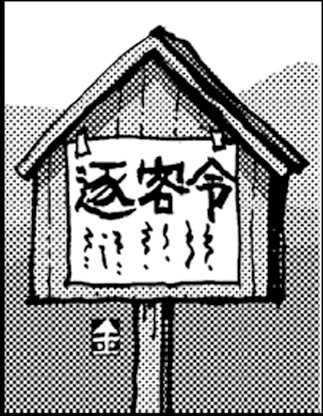 A man from the Han Kingdom built lots of canals that linked many parts of the Qin Dynasty. It was a big engineering project, on which Qin staked the destiny of the nation. But some government officials from Qin had suspicions that because an outsider was involved, he might have bad intentions.
They told tales to the First Emperor of the Qin, saying the construction of the canals was a shrewd plot to use up the dynasty’s manpower and wealth, and thereby ruin the country. The emperor listened to them with interest. The officials moved one step forward to point their fingers at the foreigners in Qin’s court, saying they could be spies. The First Emperor was swayed by the suspicions. He ordered all of the aides from other countries to be expelled.
Government officials who weren’t from the Qin dynasty had to pack their luggage. The great achievements of the many gifted men who dedicated their minds and bodies to the Qin royalty were about to be nullified.
Li Si, who later became the prime minister of the Qin Imperial Dynasty, appeared.
Originally from Cho, Li was a young official in Qin’s court. He submitted a letter to the First Emperor asking that the anti-foreigner order be withdrawn.
He asked, “Did all of the jade of Mount Gon and the numerous other treasures that have adorned the Qin palace and all of the beautiful ladies who served the emperor originally belong to Qin?”
He finished his plea with a remark, that the Mountain Taishan is big because it doesn’t refuse all of the soil in the world, and that the river and the sea are deep because they accept all of the little brooks.
At last, the First Emperor accepted Li’s plea and rescinded the order. He later earned the honor of becoming the founder of the first united dynasty of China.
An outsiders is indeed somebody different. How the leader of a country treats outsiders determines the future of the country, either prosperity or decay. It is narrow-minded to exclude anything that is different. Surely it is not the way for a country to prosper, either.
The new media policy, which has little regard for the circumstances of Korean media, reminds me of that order from 2,200 years ago.
Everybody knows the policy was initiated by the president. His attitude, which ignores any person or any idea that is not on his side, can produce grave harm.
The new media policy might damage this country, just like the First Emperor’s order to expel foreign aides could have harmed Qin. I hope he does not follow the bad model of the First Emperor.