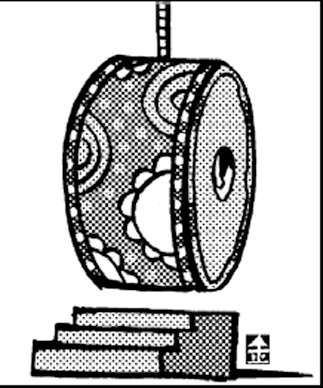 In the Annals of the Joseon Dynasty, King Jeongjo exclaimed, “Ah! The rise and fall of a nation depends on the openness of its communication; a country hardly ever avoids being ruined when its communication is stifled.”
These words still ring true today. King Jeongjo said, “The frank and common words of the ordinary people are to relayed to the king . . . but royal subjects avoid saying things that will upset the king.”
Legendary Chinese Emperor Yao placed a flag on a boulevard, and he told people who harbored complaints regarding political affairs to stand under that flag.
For people with bitter words to say, he placed a drum in front of the palace for them to strike. Additionally, he established a panel for the people who wanted to write complaints about the king.
King Taejong of Joseon created a petitioner’s drum named sinmungo. In order to strike the drum, however, one had to enter the royal palace. Furthermore, the official guarding the drum punished people who did not follow the proper procedures. The proper procedure entailed striking the petitioner’s drum only after first going to the local magistrate, governor and the office of the inspector general. Officials were not inclined to let people hit the drum. Some people were accused of making false charges and exiled ― they struck the sinmungo, complaining the decision of the office of the inspector general was unlawful.
During the time of King Sejong, a female servant tolled a bell at the gate of a palace; the king sent a secretary who discovered the woman was upset because the supervisor of the supreme investigation and prosecution office prevented her from hitting the petitioner’s drum. King Sejong dismissed the supervisor involved, saying, “If the appeal is unjust, the person hitting the drum can be punished. Why was she not allowed to do so?” When officials continued to assert the baneful influence of the petitioner’s drum, some kings buckled; it was even disbanded during the reign of King Sejo. When it became difficult to strike the sinmungo, some people would block the royal vehicle, while others would strike a gong in front of the royal palace. When officials sought to punish such behavior, King Myeongjong chastised the officials saying, “It is because officials have not adhered to their calls.”
The current government wants to shut down a majority of the press rooms. Reporters can be punished for their mistakes. By blocking access, they are no different from officials who lambasted the sinmungo for fear of exposing their misconduct.