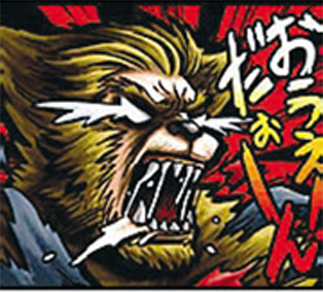 The first Oendan and its American cousin Elite Beat Agents were the most creative, fun and funny games yet for the Nintendo DS. The premise was passionately absurd ― three deadly serious male cheerleaders in black school uniforms travel the streets, listening for the cries of citizens (or, at times, pets and even stuffed animals) engulfed by some crisis.
As the subjects conquer their obstacles one by one (with flames in the background, teeth gritted and a look of semi-crazed determination chiseled on their faces) your job is to tap the touch screen in time to the music, guiding the oendan (Japanese for cheer squad) through its routine.
I immediately fell in love with these earnest crusaders and their hearty cry of “Osu!” The idea of moral support that could be summoned in moments of desperation simply by shouting “Oendan!” struck me as a brilliant idea. Plus, the stories and artwork were hilarious, the music off-beat and toe-tapping, and the gameplay incredibly involving.
So I rushed to Yongsan last week for the new sequel, whose title roughly translates as, “Get pumped! Hot-blooded rhythm soul!” Some of the best levels on this new version follow an elderly Momotaro (the Japanese folk hero) and a stuffed monkey not ready to be thrown out (set to “Monkey Magic,” the theme song of the cult hit ’70s TV show “Monkey”). The finale also gets the blood pumping, set to “Sekai wa Sore wo Ai to Yobundaze” by Sambamaster.
The gameplay here is roughly identical to Oendan, but with the tweaks of Elite Beat Agents. Nothing much new (not even an online mode), but the new songs are more than enough to satisfy fans. Osu! By Ben Applegate 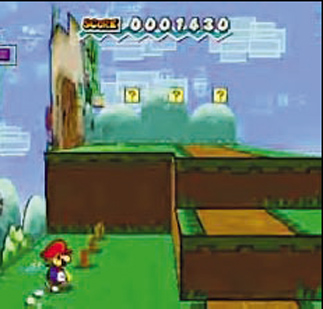 Are you one of those gamers who think Nintendo got it right with the 2-D Super Mario Bros. and Zelda games, and attempts to shift the platform to 3-D have been clunky and unfamiliar?
You’ll want to give Super Paper Mario a try.
It’s the third in the Paper Mario series, which imagines a 3-D world populated by 2-D characters. Only Mario can rotate the world to travel in 3-D, and usually only for a limited time.
Super Paper Mario will remind gamers how addictive and fun the old 2-D platforms were ― while literally opening up a whole new dimension for hidden items and puzzles.
Most Mario games don’t have much of a story, and this one’s no exception. Peach and Bowser have been kidnapped by an evil wizard, and Mario turns out to be the “champion” foretold by prophecy to save them and restore the fabric of the universe.
In his quest to collect “pure hearts” and defeat the wizard, Mario will join up with Peach, Bowser and Luigi ― all of whom are playable characters, each with their own skills and experience bars.
Like an RPG, Super Paper Mario includes a hit points bar, item inventory and chances to level up and acquire higher attack and defense skills. Mario also befriends three magical hangers-on who serve as a flashlight, a grabber and a portable demolition kit.
The graphics are very stylish and crisp, and the transitions from 2-D to 3-D and back are fluid and appealing. It may not be the Wii’s killer app, but Super Paper Mario is a decent RPG and the best platformer in a long time.
By Ben Applegate