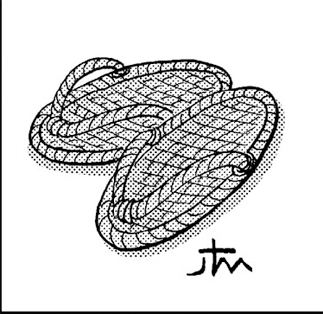 “In the old days, journalists just carried their lunch boxes around, wearing straw shoes and looking for news items. They gathered under a large tree in the fields of Marunouchi, a site near the royal palace, and exchanged information while eating.”
That is what an elder recalled, according to a collection of learned papers published by the newspaper committee in Japan. The time was between 1870 and 1880 and most communication methods weren’t very developed yet. No matter how hard journalists walked around looking for articles, they always felt unsatisfied with the quantity and quality of their information. For this reason, journalists started sharing information voluntarily. That is the origin of the press club of reporters covering the government in Japan.
In 1890, the time of the establishment of the Imperial Diet, wandering reporters secured a place called the press room. Although it was the inaugural session, the reporters were forbidden access. In response, the reporters formed a parliamentary access press team and were allowed in. Later, press clubs were formed in every department. The government officers usually gave the reporters the gate room in the back to use. The rooms were created to secure reporters’ right to know and the freedom of speech.
That press club was the role model for Korea’s press club. That system, unseen in Western society, received a lot of criticism. The reporters were used to writing articles based on press releases from government departments and they were criticized for being blunt and lazy.
It is hard to see the footprints of the reporters when every newspaper article looks very similar to every other. There is also the problem that reporters from newly created papers, minor media and foreign press reporters face barriers to access.
Even so, the press club is still alive and well in Japan. If the reporters say they want to leave, the civil servants will certainly try to persuade them not to go. That is because civil servants rely on the merits of journalists, who are often skeptical, to convey the government’s true policy intentions to the public.
In Korea, the opposite situation has occurred.
Combining all of the briefing rooms of the government departments together can be seen as being just a way to minimize the amount of information the government will release. It reminds me of the Japanese journalists who gathered together, 120 years ago, craving information and desiring access to the Imperial Diet.
It was a union, not a collusion.