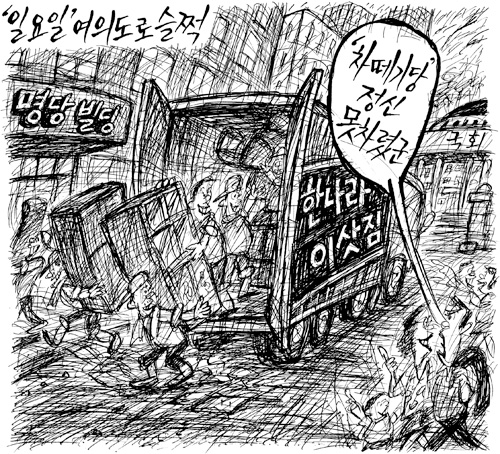 As the Grand National Party moves some of its offices to Yeouido, Seoul, from Yeomchang-dong, western Seoul, a passerby sarcastically says, “The party hasn’t learned its lesson yet.” He is referring to charges that the party received truckloads of illegal political donations during the 2002 presidential election. By Kim Sang-taek