To boil a crane

To boil a crane 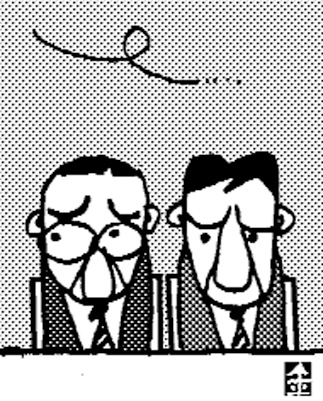 We use the word eyesore when we see something that is very offensive, hideous or aggressive. Li Shangyin was one of the most respected Chinese poets in the Tang Dynasty, and he and his fellow poets treasured beauty more than anything else. He listed six eyesores of his time.
The first three on the list are; dipping one’s feet in a stream, spreading one’s pants to dry on top of flowers in bloom and building a house on a steep hillside. The first one goes against the words of old and wise people that we must not pollute clean water. The second one is about dull senses ― thinking only about laundry instead of appreciating beautiful flowers. The third one shows near-sighted decision-making ― taking a site with a view even though it will be far from convenient. That also goes against traditional principles for building houses.
The list goes on: burning a geomungo, a traditional six-stringed musical instrument in order to boil and eat a crane, drinking tea in front of flowers and shouting, “Get out of the way!” on a quiet path in the woods. It must have been strange to drink tea in front of flowers because ancient people usually enjoyed liquor in front of flowers a long time ago. To break the peace and quiet in the woods is certainly not good.
In burning a geomungo to boil a crane, both the instrument and the bird symbolize scholars. For intellectuals, a geomungo was part of their lives and they refined their spirit by playing the instrument and watching cranes. The expression “burning a geomungo to boil a crane” can mean a scholar taking an extreme measure when feeling suffocated by reality and unable find an exit. The same expression is also used sarcastically when intellectuals’ spirit and wisdom fall to pieces.
Heads of Korean universities, some of the best intellectuals in our society, were seriously offended recently. On Tuesday, 152 university heads were summoned by the president and given an instructive speech at the Blue House. The event was called a “discussion” but university heads only listened to instructions and warnings.
As the president always divides society into the privileged and the deprived, these university heads were suddenly categorized as a privileged group. It has been said that it was hard for them to refute the president’s remarks, so they had no choice but to be offended.
Intellectuals of our society were severely trampled down by the powerful person whom the people elected. It is not the first time to see an eyesore in the Blue House. But this time it feels unusually sore.