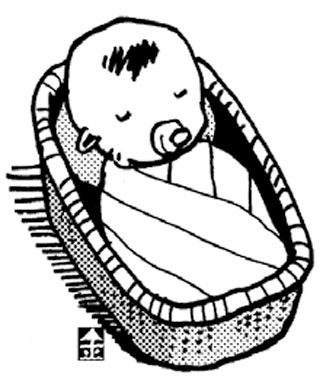 Korea’s birthrate is one of the lowest in the world. According to the 2007 report on world population by the United Nations Population Fund, or UNFPA, Korea’s total fertility rate is 1.19. That means the average number of children born to each woman over the course of her life is 1.19. Korea’s figure is the fourth lowest after Hong Kong, the Ukraine and Slovakia.
This doesn’t come as a surprise. In 1983 Korea’s birthrate dropped below the replacement level of 2.1. One of the main causes is the rapid aging of our society. A warning was issued that if Korea’s low birthrate and rapid aging persist, our economy’s potential growth rate will fall from its current level of 5 percent to 2 percent in the 2020s. Last year, the government drew plans to cope with the low birthrate and the rapid aging.
According to a recent study, when a woman who works at a company marries and gives birth she will lose 140 million won ($150,000). The cost of raising the first child is 120 million won, according to the same study. If she cannot share her husband’s income and property, a marriage and childbirth cause economic loss to a woman.
Hwang Jeong-mi, a researcher at the Korean Women’s Development Institute, is a critic. She said that Korean society prioritizes growth in the discourse over our low birthrate. In the past, the government staged a campaign to encourage people to have fewer children, saying that a high birthrate would hinder growth. Nowadays, the government maintains that a low birthrate blocks growth. In both cases, the government interferes excessively to adjust the birthrate. The goal of the government policy has changed from “the fewer the better” to “the more the better,” but the basic view on birth and raising children has not changed much since our country was an underdeveloped country. Our society’s low birthrate and aging certainly affect our economy, but it is not right to regard the low birthrate as an economic factor and to attempt to increase the rate as if it were the construction industry, she concludes.
She also raises a question on the effectiveness of government measures to encourage larger families as a means to help economic growth. She argues that the best policy is to create a society that brings up children well, instead of creating a society that has many new babies. We need to think about abandoned babies, babies adopted overseas and immigrant labor workers, she says.
In a society that rears children well, all share in the responsibility. We also must get rid of old ideas to be better off. We also need to get rid of exclusive nationalism and paternalism.