A heads-up for Samsung

A heads-up for Samsung 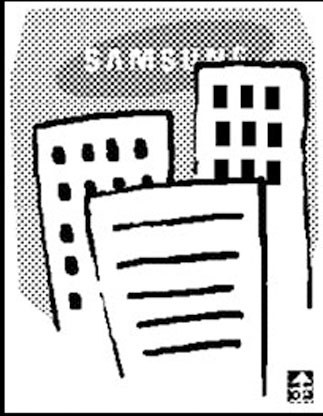 In 2000 during the “dot-com fever,” Wal-Mart Stores Inc. created an Internet company in Palo Alto, California, several thousand miles away from its Bentonville, Arkansas headquarters. General Motors set up its model automobile factory in Spring Hill, Tenn., approximately 2,500 miles away from its Detroit headquarters, when it wanted to stop the invasion of Japanese small cars. Both major American companies were the world’s biggest in their sectors multinational retailing and automobile manufacturing. Why did they set up shop in unfamiliar areas? They intended to avoid “the success trap,” according to American management scholar Robert Sutton. They wanted to make a fresh start somewhere far from their current success. They preferred a far away place to steer clear of ingrained habits and narcissism.
There are thousands of cases in which success causes failure. Sony, which clung to analog values such as the Walkman and missed the right moment to make the digital transition, is still having a hard time. IBM was in utter confusion in the 1980s as it did not participate in the PC trend. Toyota never stopped doubting its small successes, and its great triumph is the fruit of the philosophy that the enemy dwells within.
The boundaries of success and failure became vague as the business cycle shortens. Even Tom Peters, an expert in evolutionary theory, was put to shame because of this. In his 1982 book, “In Search of Excellence,” he made a careful selection of 43 supposedly excellent companies only to find two thirds of them had merged or gone bankrupt within five years. Fewer than half of the 50 enterprises listed in Fortune in 1996 didn’t last 10 years. Thirteen Korean corporations out of 30 dropped out in the same amount of time.
Samsung Heavy Industries, Engineering, and Techwin, the all-time “worst-three” among Samsung affiliates, are making progress in the stock market as they took a favorable turn in business. Meanwhile, other profiting major affiliates such as Samsung Electronics and SDI are holding back. There’s a saying that there is the former Samsung and the latter Samsung, which means that there is a huge gap between Samsung Electronics and other affiliates. The worst-three stood for the latter. The losers don’t have any time to waste. It may be accurate to say that only the desperate can survive. “The winners agonize while the losers tremble with fear,”a quote from Richard Parson’s “The Paradox of Innovation,” sounds more than appropriate. Anyway, Samsung Electronics had better let go of its sweet memories of success as soon as possible, just like Wal-Mart and GM did.