No time for tunnel vision

No time for tunnel vision 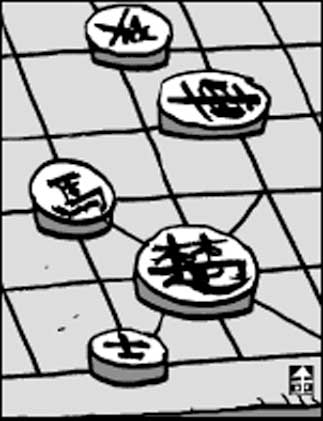 Su Dongpo, a renowned poet of the Sung Dynasty in China, left one of his famous poems when he visited Mount Lishan in what is now the Zhangxi area in modern China.
“Mountain ranges from left to right, but peaks emerge when I turn aside/ distance and height differs with each gaze/ the true form of Lishan is unbeknownst to me/ because this body of my own has been confined in the mountain.”
This poem has become famous due to the term “true form” that appeared in the work, but indeed philosophical reflection is the core of the poem.
It describes the many-sided appearance of a thing according to one’s perspective, which leads to different descriptions of the same mountain, and that to one’s dismay, one never knows the true form of the mountain as a whole.
The reflection is followed by an acknowledgement that one cannot see the whole if confined to particularities.
What Su Dongpo wanted to tell us is related to the word dang-guk, or authority, in its approximate translation to English.
In modern Korean the word dang-guk means the main authority that directly handles relevant affairs. But originally it referred to the situation of a person engaged in urgent issues.
More specifically, it refers to the progress in playing xiangqi or go, both types of Oriental chess.
One is often likely to miss the entire flow of the game when concentrating on moving each piece. That is why on-sight advice is necessary.
When a person is engrossed in a particular situation, he is blind to the bigger picture. Pursuing a myopic interest or convenience, it is easy to misunderstand what that interest actually means.
The president and the Education Ministry seem to perpetrate that error while being preoccupied with egalitarianism in the educational system.
They face severe opposition from universities due to their disregard of the autonomy of those institutions in choosing their students.
The presidential candidates from the Grand National Party are the same. They concentrate only on infighting, regardless of public opinion.
Labor unions are no different from others when they go on strike in total indifference to the social atmosphere.
Those who are in positions of responsibility must hold the wisdom to see through to the true form of a situation and take a responsible attitude to finish their assigned tasks more than anyone else.