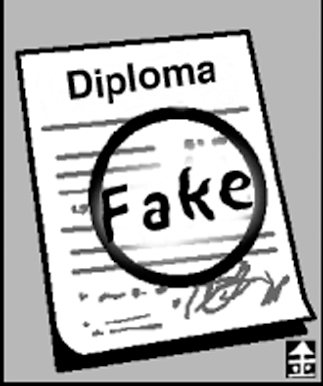 In the 1990s the Hunan Province of China was synonymous with fakes and swindles. The reputation jelled at the Beijing People’s Congress, where the president greets each provincial representative with a handshake. The ceremony proceeded impeccably, but stopped short when it was the Hunan representative’s turn.
“Provincial head of Hunan,” said the secretary. The president suddenly switched his far-sighted glasses with his near-sighted ones. Examining the front, back, top and bottom of the man from Hunan, the president asked out of the blue if he was also not a fake.
This is a joke once popular in Beijing. It was introduced in a book written by an author from Hunan who wanted to redeem the province’s reputation, which was already well-known as the “home of the fake.” The joke on Hunan is followed by another.
A world-famous magician visited China, and his show was a great success in the many provinces he toured. Yet in Hunan he was met with a cold welcome by an audience not easily fooled by tricks. The magician could have been popular worldwide but was not well received in Hunan. Even worse, he was shamed on the stage when an eight-year-old kid sitting nearby revealed all his secrets.
Plastering tiles on the Great Wall of China, putting an air conditioner in space, flattening the Himalayas, painting the Earth red and so on -- jokes continue when people talk about the swindles and boasts of the Chinese.
This is also a story about Chinese people who make fake gyoza, or dumplings, out of cardboard and eggs made out of seaweed and chemicals. Not only in Hunan but many areas of China disputes over fraud shake the world. Forgery must be a way of life when trying to survive the competition in modern China.
The voices of Koreans denouncing the forgery of “Made in China” products are gaining volume. However, the truth is, we don’t have much room to criticize when it comes to forgery.
The falsifications of a scientist rattled Korean society only a little while ago, and now a professor who used a fake doctoral degree makes another scene. China simply makes scam products but does not go beyond that, while our society appears to be brash enough to contemplate what is and is not a hoax.
A bigger problem in Korea is a tendency to put more faith in someone’s educational background than in their character and conduct. The simplistic and gullible tendency of Korean society that allows us to be duped by appearances that conceal a person’s essence is our most serious drawback.