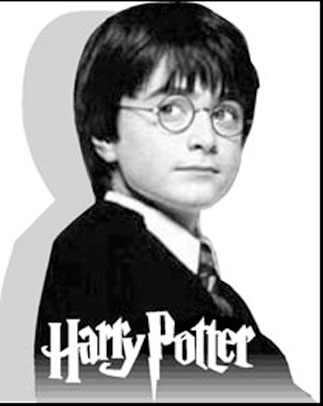 He must be the most popular boy at the advent of this century: Harry Potter. Born in 1997 as a student of the magic school Hogwart, he completed his fictional life in the seventh book of the series, “Harry Potter and the Deathly Hallows,” this year.
Parents cheered Harry because thanks to him kids now read books instead of sitting in front of the television. Harry began as a character in a children’s book, but has become beloved as one of the strongest icons of popular culture over the last decade.
The Harry Potter books have been translated into 64 languages and sold more than 300 million volumes. The author, Joanne Rowling, whose name had been obscure before, became a billionaire through book sales and film rights. She is the second richest female entertainer in the world next to Oprah Winfrey.
“Harry Potter” led a wave of resurgence in fantasy literature and film, along with the “Lord of the Rings.” They restored the world of magic and fantasy.
Unlike the Lord of the Rings, Harry’s magic world was intermingled with the everyday life of ordinary people and thus received more resonance from the public. It also established the example of a “one source multi-use,” which combines the novel with the film.
There remains some controversy, however, over whether Harry Potter will survive as a classic of youth literature after being such a mass cultural phenomenon.
Harry Potter demonstrated the power of fandom in literature and publication. Fandom is antipodal to stardom and refers to the phenomenon that fans exercise power as a cultural subject based on aggressive consumption of celebrity products.
Passionate Harry fans were no less enthusiastic than fans of a singer or supporters of a sports team. The seventh book of Potter was published in a “magic ritual” which was suggested by Harry’s fans.
At midnight, when ordinary bookstores are not open, the Potter book was released worldwide simultaneously, and fans who had queued in front of bookstores hailed it in a huge book launching party.
In the years when no Harry book was published, movies and other products were manufactured and helped continue the story. The Potter industry created a massive supply of capital and well-planned marketing strategies by giant multinationals.
But despite all the commercialism, the happiness of the fans should not be underestimated. Fandom seems to be a source of recreational energy as well as a condition of life for an exhausted modern living.