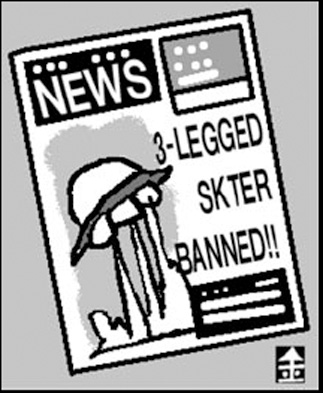 “Martians have attacked the Earth! They are firing at us from a spaceship!”
A desperate voice on CBS radio made this announcement in the late afternoon of October 30, 1938, and immediately caused panic among the residents of New Jersey. But it was just “War of the Worlds,” a radio drama that left a lasting imprint on media history. Directed by Orson Welles, a brilliant movie maker, as if it were a real situation, the drama made listeners run from their houses. It was based on the ingenious idea of borrowing the style used by news presenters and inserting the comments of horrified citizens. This is now an established broadcast drama genre.
Just like scoops, which are important news stories from an exclusive source, incorrect reports can change the world. During the 1789 French Revolution, public opinion had turned against the French royal family. Fictional reports suggested that Queen Marie Antoinette had given birth to a baby which had a cardinal as its father. The rumor helped kill the royal court’s reputation.
Incorrect reports can also be a profitable commodity.
Weekly World News, one of the “yellow papers” found in the U.S., has a large slogan on its front page “Nothing but the truth: The Weekly World News!” This has a comical effect because the tabloid is full of intentionally incorrect information based on wild conspiracy theories and fairy stories. The “Elvis Alive” and “Aliens in New Jersey” reports have been the title’s staple since it opened in 1979. So far the WWN reports have contended that Presley, Marilyn Monroe, J.F. Kennedy and Adolf Hitler are all alive. Its exclusive report that Hillary Clinton had an affair with an alien almost got the paper sued. The editor requests readers not to inquire about the sources of their reports so long as they are amusing.
That WWN, which has been in existence for nearly 30 years as one of the best selling supermarket tabloids in the United States, is about to be closed due to management difficulties.
Serious newspapers like the Washington Post have said they will miss the tabloid and they published a special story dedicated to the WWN, honoring it as one of the most ingenious newspapers in U.S. history.
Indeed in an age when War-of-the- Worlds-like news is all too prevalent, weekly journals such as WWN can no longer keep their audience.
How can they survive when the mainstream media seems to swerve between reality and fiction and what passes for news these days often seems like rumor?