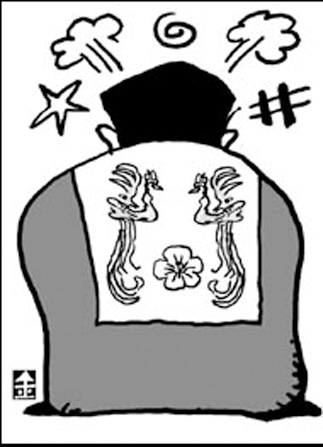 As an economy develops and society becomes more complicated, it becomes hard for one person to do everything. As a result, a division of labor occurs. In fact, since primitive times, the history of humanity has been the history of the division of labor. The most evolved form of the division of labor is probably the corporation. This institution is more than a division of work. It divides ownership and management.
Shareholders own the company while leaving professional executives to run the company. Sometimes, one person owns and runs the company, but legally speaking, shareholders and managers are different entities. Shareholders are the owners and the management is the agency that serves the interest of the owners.
But as a company becomes larger and shares are divided among countless holders, the power relationship between the owner and the agency becomes unclear and can get reversed. The larger the number of individual shareholders, the less power they have and the more powerful the management becomes. As this persists, shareholders have no say in running the company and the managers behave as if they are the owners.
In 1976, American economists Michael Jensen and William Meckling focused on this phenomenon in corporations and devised their agency theory. Even though the shareholders are the legal owners of a company, without proper monitoring, the managers, a mere agency group, pursue their own interests and do not care about the owners.
But protecting owners’ rights and preventing management from taking control is not free. It costs money to have in-house auditors to monitor the management and to have outside executives to check this process. This is the cost of agency.
The same thing happens inside a country. The people are the owners of a country and the government and civil workers led by the president are the agency that is supposed to work for the benefit of the people.
Looking at the Roh Moo-hyun administration these days, it is hard to tell the owners from the agency. The government, a mere agency for the people, is seeking to muzzle the media outlets which are supposed to monitor and check the government on behalf of the people. The Roh agency behaves as if it owns Korea.
President Roh uses government officials as his agents and insists that he cannot punish aides who simply carried out his orders. This sounds like Roh is confused and thinks he is the owner of this country. The people have hired the wrong agency, and the cost of that is very high.