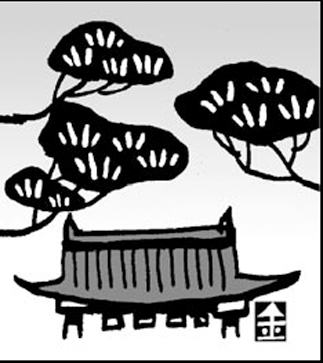 Former U.S. President Bill Clinton remarked he might be called the “first laddie” if Hillary Clinton becomes president. Laddie means “young chap” in Scottland, and the term sounds just like first lady. But the dictionary says the precise word to refer to the husband of a president is the first gentleman. So far, that expression has never been used in the United States, except in some TV dramas that featured a female head of the state.
A governor’s wife is also called the first lady, but the husband of a female governor has just been called mister.
The United States, the country which coined the term “first lady,” experimented with several other words before settling in it. The wife of George Washington was called Lady Washington, for instance, and the wife of John Adams was called Mrs. President. Other titles such as her majesty, queen or even a novel term, presidentress, were also tried. “First lady” was first used in 1849 during the presidency of Zachary Taylor, in a eulogy at the funeral of Dolley Madison, wife of James Madison. She had been a first lady for 16 years, from the time of Thomas Jefferson ― who was single ― until her husband became the succeeding president.
A first lady is a strong hidden power. Edith Wilson, for instance, controlled visits to the White House and ran the government for one year and five months on behalf of her husband, Woodrow Wilson, when he suffered severe paralysis and became unable to speak. Because of this precedent, the U.S. Constitution stipulates in Article 25 the procedures for succession to the presidency in a time of emergency.
First ladies can help stabilize a government, as Eva Peron did with her popularity, or add pressure on the government, as Imelda Marcos did. Still, Cecilia Sarkozy, the wife of the president of France, refuses to be bound by the role of a first lady. She even declined an invitation from Laura Bush. Still, she is well received in France.
Francesca Rhee, the wife of former President Syngman Rhee, intervened too much in her husband’s business because of excessive concerns over his health.
Last, Yook Young-soo was the opposition party in the Blue House, the only one who could dare criticize her husband, Park Chung Hee.
President Roh Moo-hyun revealed that his wife often advised him to read the newspapers and indeed he quarrelled with her every two days. She appointed Kim Jeong-soo, who has opposed dispatching troops to Iraq, moving the American troops base to Pyeongtaek and the free trade agreement with the United States, to be her secretary. We are curious what our first lady is trying to do.