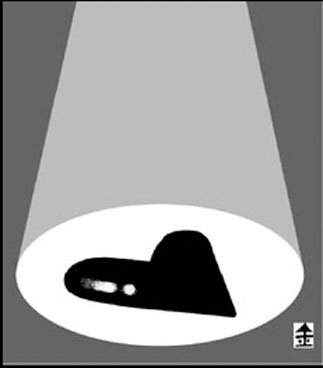 Some see privacy as having a secure place to hide, but what seems really secure today are the products of modernity. The concept of privacy as freedom from the state was established between the late 17th century and the early 18th century. The individual’s right to wage vigorous battles against state powers has also been established as a rule in legal, political and cultural institutions.
The idea of privacy as freedom from other people’s intrusions appeared in the 19th century. It was first valued mostly by the newly emerged bourgeois class, which made their reception rooms the boundary between their private and public rooms. At the same time, the laborer’s home did not even have a wall to separate him from his neighbors, making the private and the public lives inevitably intertwined.
According to a book about the history of privacy, in the 20th century, all classes began to separate their public and private spaces.
Yet the notion that privacy is a historical phenomenon shows that the distinction between public and private can change at any time. Indeed, the 21st century may see the collapse of a strict distinction between the public and the private, particularly as digital technology dismantles the border between the two.
For instance the “mini-hompi” of the Web site Cyworld, an Internet social networking platform, is presented as an area where one’s public and private lives intersect. The personal homepage of an individual is a very private space, yet open to the public.
The owner of a mini-hompi might consider it to be a private sphere, yet its visitors render it a public place.
The essay by director Leesong Hee-il, which instigated the war of public opinion for its criticism of the film “D-War,” was originally personal content on his own blog. Numerous “UCC stars” have popular videos on YouTube.
The Shin Jeong-ah scandal is not only rocking the entire nation, but also shows that the digital sphere makes the security of privacy extremely vulnerable because prosecutors have proceeded on the basis of the personal e-mails by Shin, which she had deleted but were restored by investigators.
Culture critic Jin Jung-gwon says there is always continuous tension between the public and the private, as each always tries to expand its territory.
The problem is the distribution of public and private matters, which creates the politics of privacy. Indeed, recent events show that digital technology is an important determinant of the politics of privacy, just as one’s social class once was.