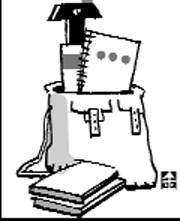 Competition is good. It is the foundation of a free market economy. We deserve tributes for our unprecedented competitive drive, which has pushed our gross national product to nearly $20,000 per capita. However, the competition is often difficult. What if every girl wore high heels to look taller? Everyone would look tall, nobody would stand out and we’d all get sore ankles. What if everyone stood up on their seat at a Beyonce concert to get a better view of the pop diva? Nobody would get a better view, and everyone would have to stand throughout the concert. As pointed out by Professor Robert Frank of Cornell University, examples that demonstrate the paradox of over-competition are profuse.
Nothing is a better example of a destructive passion than the desire for private tutoring sweeping the nation. The competition to enter a prestigious university begins when students try to take upper-level courses one year or several years earlier than their peers, which creates tremendous waste and inefficacy in the entire society. And if anybody knows the despicable side effects of over-competition, baby boomers of Korea should know. Those who were born between 1955 and 1963 have experienced horrendous competition at every turn of their lives, including entering a university, getting a job and getting a promotion.
Dongkuk Steel Mill, a company which has a culture that values teamwork, does not hold any exams during the training period for its new employees. They do that to promote teamwork between new recruits; they do not want to create an atmosphere of heavy competition among them.
The Fair Trade Commission recently received an interesting plea to allow an alliance among companies. The plaintiffs are nine remicon (ready mixed concrete) manufacturers in the Gwangju area and its vicinity. Because the real estate market is in an awful downturn, competition between them would make everyone go bankrupt, so they have requested permission from the commission to make a deal among competitors on the volume of products and their prices.
Just as the desire to wear higher heels does not subside, the competition for better private tutoring does not ebb, either. Not only does it make things inconvenient, but it is also harmful. None of the previous governments have found an answer to the problem. That said, I wonder as a side thought what would happen if millions of parents worked together on a plan to cap the price of private tutoring, then presented it to the Fair Trade Commission.
Just a wild thought.