Wine and golf in a world of cartoons

Wine and golf in a world of cartoons 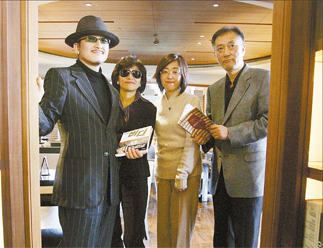 From left: Cartoonists Tadashi Agi (B and A), Shu Okimoto and Lee Hyeon-sae By Kim Hyeon-dong

Four cartoonists from Korea and Japan met recently at Seoul’s Shilla Hotel to discuss their mutual passion for cartoons and the inspirations behind their recent books.
For Korean cartoonist Lee Hyeon-sae, who received the grand prize at the Korean Cartoon Awards for “Birdie,” his most recent work, it was golf.
For Shu Okimoto and Tadashi Agi, the pen name for the brother and sister duo who wrote the cartoon “Teardrops of God,” it was wine.
Lee confessed he doesn’t know much about wine, since he prefers the Korean drink soju, but the four agreed that cartoons have always been a means for them to discover new frontiers. 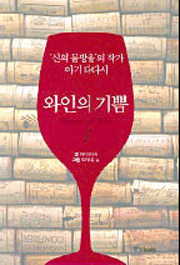 “The Joy of Wine” by Tadashi Agi is an essay on wine.

Lee: Personally, I didn’t know a lot about wine until I read Teardrops of God. I go to the Festival International de la Bande Dessinee [an international animation festival] in Angouleme, France, but I usually take soju with me and drink with the other cartoonists. After Teardrops of God, though, I switched to Bordeaux (laughs).

Tadashi Agi A (The older sister is A, the younger brother B): It’s flattering that you took an interest in our cartoon. As a leading cartoonist in Korea, I wonder what you think about our work.

Lee: I really enjoyed the fact that Teardrops of God is full of actual information and has an interesting narrative as well. In Korea, such cartoons are usually put into very different categories, but to find both elements merging harmoniously in your work was refreshing. 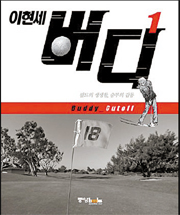 Tadashi Agi B: I feel the same way. Wine is very similar to humans. Although younger vines provide more grapes, the quality isn’t as good as that from older vines. As vines age, the weaker clusters die, leaving only the mature grapes. It feels similar to how humans mature.

Lee: It’s the same as golf. Just like no two bottles of wine taste the same, no two golf competitions ever turn out the same. While I was working on Birdie, I discovered that the eternal dream of most golfers is to hit a birdie. No golfer has ever birdied all 18 holes in a round. Looking at the ability of the players around us, you’d think this is possible, but since nobody has ever done it, it shows just how complicated golf is. I heard that you two [Tadashi Agi] are really into wine. I am a golf fanatic. Tell me, do you enjoy golf?
Tadashi Agi B: I’ve played a couple of times, but I’m not very good. There are a lot of golf cartoons in Japan as well. I read them when I was young and I used to swing my umbrella like it was a golf club (laughs). In the cartoon, the main character is great at golf, climbs mountains and crosses rivers. It was like the boy could overcome any obstacle in his way. I think that is the power of cartoons: You can indirectly get a taste of adventures. 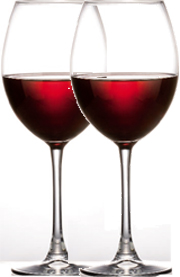 Lee: I agree. I also hope that people can get that kind of experience through my work. However, I heard that you published an essay titled “The Joy of Wine” instead of a cartoon series. Was there a special reason for that?

Tadashi Agi A: I heard that Teardrops of God has turned many Koreans onto wine, but I also heard that those people think they have to know about the vintage, vineyards and wine tasting, like the characters in the cartoon. So in this essay, I wanted to approach wine in a lighter way. I wanted to make the point that wine is very approachable and it’s a great topic of conversation between friends and colleagues.

Lee: I heard that you [Okimoto] didn’t know much about wine before drawing Teardrops of God. What about now?

Tadashi Agi A: At first, our friend [Okimoto] didn’t know much about wine, but now she’s almost a professional. If this hadn’t happened, I don’t think Teardrops of God could have been so dramatic.
[The cartoonists then discussed the industry in Japan in Korea. They agreed that the creativity and power of cartoons over its readers will not fade away and that while it was important to create good stories, it was equally important to make the publication and distribution process as ethical and transparent as possible.]

Tadashi Agi B: I don’t think that there are fewer numbers of people reading cartoons. Rather, I think the industry is stabilizing because in the past there was too much attention focused on this particular market. When the hype has died down, only works of great quality will remain. As cartoonists, I think all we can aspire to do is to create high-quality cartoons which the readers will relish and not worry about the price they pay.

Lee: Many people say the cartoon industry is gong down, but in fact more people are reading cartoons through the Internet. The problem is, readers are now used to the idea that they can read good cartoons for free. This is because the government has neglected copyright issues. Now the time has come to put that right.