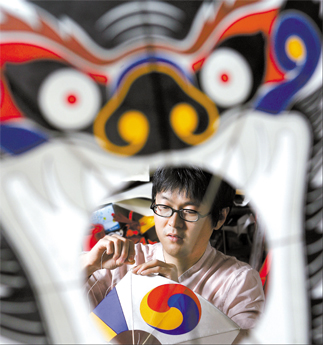 The process of building a kite, including the maker’s signature, far right. By Jeong Chi-ho