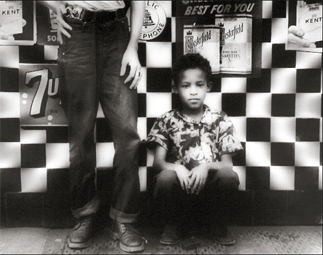 William Klein, often called the anti-photographer’s photographer, has continuously questioned the boundaries of photography and the nuances it can deliver.
Gallery Lumiere will be the first in Asia to feature Klein’s work under the title “Life is Art, Art is Life, Maybe ― William Klein” following the large-scale retrospective in 2006 at the Centre Georges Pompidou.
Around 80 of his photographs, spanning over five decades, will be on display until Feb. 17.
Although born in New York, Klein was always somewhat a hybrid of Parisian and American cultures. He moved to Paris to study painting at 20 and spent a major part of his life there. In his early years during the late 1940s, he studied with Fernand Leger and discovered the possibilities of geometric, abstract painting, which sparked his interest in photography.
From an early age Klein was drawn to modern art and its conceptual deconstruction. He said he adored the Museum of Modern Art in New York as a teenager. During the early stages of his career in the 1950s, he had a spare, often architectural style, which was influenced by the Bauhaus school, artist Piet Mondrian and designer and artist Max Bill. This led Klein to mural painting and exhibitions at the Piccolo Teatro in Milan and collaborations with Italian architect Angelo Mangiarotti. 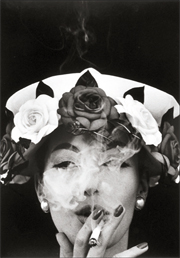 In 1954, Klein’s career reached a turning point. Legendary Vogue editor Alexander Liberman asked him to work with Vogue on fashion photography features. Using a Leica camera that he received from Henri Cartier-Bresson, he started to photograph New York as both an insider and outsider.
Ten years later, Klein, who had never done fashion photography before, changed the genre to fit modern tastes. His photographs of New York streets were graphic, satirical and often blunt.
Using strong black and white contrasts, wide-angles, long-focus lenses and long or multiple exposures, his photographs were never tidy and oftentimes confrontational.
He also started juxtaposing abstract painting with photography later on in his career using contact sheets covered with enamel paint for his photos.
Although known mainly for his photography, Klein was also a painter and filmmaker. From 1965 to the early 1980s, he concentrated on making films and documentaries including “Broadway by Light,” “Mr. Freedom” and “The Little Richard Story.”