Good to be the king

Good to be the king 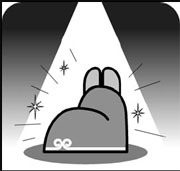 Recently, the term “king drama” has gotten big in Korean pop culture. Historical TV dramas have been sweeping the country during the past few years, with kings playing major roles.
It is not surprising that the “king” craze has even spread to the publishing circles, Besides King Jeongjo’s early popularity, as many as 10 historical books relating to the great King Sejong have been released. Some scholars have even published papers comparing the differences in leadership between the two kings.
The popular historical dramas, featuring real kings in history follow a special formula known as “faction,” combining fact and fiction. Therefore, there naturally are suspicions about the lack of historical research and the distortions that occur in these dramas, due to the unlimited imaginations of the writers.
The historian Dr. Lee Deok-il said the scene in the KBS drama “King Sejong, the Great,” in which the prince was kidnapped on the street during the daytime, lacked any historical probability, even though it was creative writing.”
Others disagree.
“The dichotomy between fact and fiction ― that the facts are truth and fiction is a lie ― is a matrix created by modern realism,” said Professor Kim Gi-bong, a historian at Kyonggi University. “Both faction and authentic history are truly historic.”
The kings featured in the recent historical dramas display their human side, rather than keeping a traditional authoritative atmosphere. They heartily fall in love and take every risk to battle political conspiracies as they fight to keep the throne. They are all very romantic and employ every possible tactic they can to win political victories.
Of course, the dramas mainly focus on their heroic roles in history, emphasizing that they stayed in power despite all the hardships and benefited the whole nation with their political skill.
The recent popularity of the term “king drama” reflects the public’s desire for the emergence of new leaders. The fantasy MBC drama “Legend” is the same thing, where king is charismatic and humane. He loves his people and is a professional politician, showing perfect leadership.
Perhaps Koreans are enchanted by such heroic leadership, even though people emphasize strongly that society should get rid of imperial leadership. Still, people think every dispute will be resolved if there is a new president. All of the problems result from the president’s maladministration personality, rather than an ill-administered problem in our society. A hidden Messiah complex might be at the root of the public sentiment.