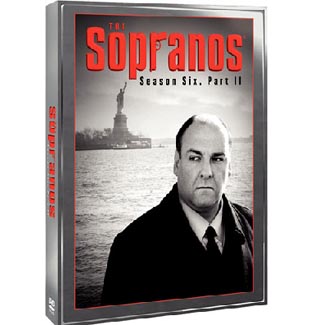 “The Godfather” will always be remembered as the yardstick for all mafia movies. And if there ever is another TV series about organized Italian crime, “The Sopranos” will be its archetype.
The lives of mafia gangsters are portrayed up close and personal in the series, broadcast in the United States by HBO.
The Sopranos did not present a glorified, mythical image of the mafia.
Instead, it gives us an image of a family that tries to navigate life as it actually is.
Mafia boss Tony Soprano (James Gandolfini) may have an unconventional job title, but like every guy next door, he goes through his own midlife crises. Tony’s ability to fascinatingly portray the mundane defines this TV series, which has come to an end after 86 episodes.
The latter half of the final season depicts a man under siege, as Tony tries to cope with murdering his nephew Christopher, as well as his own son’s suicide attempt. His long-time therapist finally abandons him, and his crew is the last one standing after rivals attempt to put them out of business.
But as the series wraps up, there is no drama.
Instead, what we get is a family dinner with Tony’s wife, Carmela, and kids, AJ and Meadow. Yet I found myself relieved to see no definitive resolution to the family saga.
What could have been the perfect ending for The Sopranos will be debated by die-hard fans, but for me, all’s well that ends well.
I will say this: I’ll miss The Sopranos.