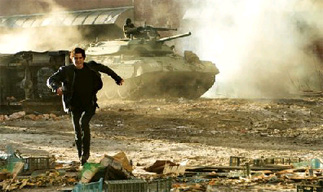 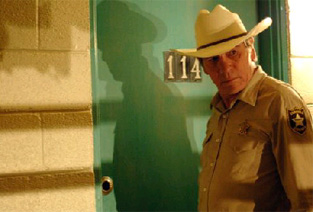 No Country For Old Men

The Orphanage (15)
Drama, Thriller/ 104 min / Spanish
Laura (Belen Rueda) returns to the orphanage where she spent part of her childhood. She plans to buy the building and turn it into a social facility for disabled children. Her plan seems to be working out with help from her husband, Carlos (Fernando Cayo), and her son, Simon (Roger Princep). Laura and Carlos, however, soon discover that Simon has an imaginary friend and that’s when the horror starts to unfold. 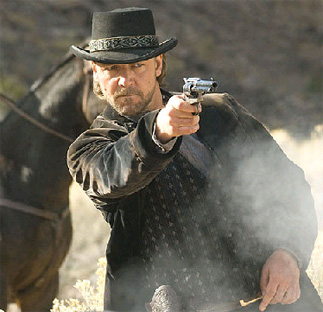 Jumper (15)
Animation, Thriller, SF/ 88 min/ English
David Rice (Hayden Christensen) can teleport himself anywhere because of a genetic anomaly. He’s been taking advantage of his ability by “jumping” anywhere he wants, living a luxurious life as an international jet-setter for the past eight years. Based on Steven Gould’s novel, the film tells a story about how Rice discovers that this gift has existed for centuries. He finds other people with the “jumping” ability, but he also discovers that a war has been raging for centuries between men who can jump and their enemies. Rice joins the fray and discovers his past and the truth about his family.

No Country For Old Men (R)
Crime, Drama, Thriller/ 122 min/ English
Based on Cormac McCarthy’s 2005 Pulitzer Prize-winning novel, the film tells a story about a drug deal that goes horribly wrong. In a small Texas border town in 1980, Llewelyn Moss (Josh Brolin), an innocent townsman, stumbles across a dying drug dealer, numerous bloody bodies, a truck full of heroin and $2.4 million. He is determined to keep the money for himself, but he has no idea at what cost. After Moss takes the money, he is pursued by an amoral psychopath, Anton Chigurh (Javier Bardem). As cattle-gun wielding Chigurh creeps forward on his mission to find Moss and get the money, the film builds to an almost unbearable level of tension.

3:10 to Yuma (15)
Action/ 122 min/ English
A poor rancher, Dan Evans (Christian Bale), is desperate for money to save his family. He agrees to help transport Ben Wade (Russell Crowe), an outlaw recently busted for robbing a stagecoach, to Yuma, Arizona. The train is due at 3:10, and they have to put Wade on the prison car. Wade’s gang, led by Charlie Prince (Ben Foster), sets out to save Wade from probable execution in Yuma. They do their best to chase down the posse taking Wade to the town of Contention.

The Diving Bell and the Butterfly (12)
Drama/ 111 min / French
This film is based on the memoir of Frenchman Jean Dominique Beauby, a 43-year-old fashion magazine editor. The film portrays Bauby’s life after he suffers a massive stroke, which left him with a condition called locked-in syndrome. His only means of communication is by blinking his left eyelid. Bauby uses his imagination ― the butterfly― to escape his predicament ― the diving bell. The resulting book is a bestseller, although it was published only days before Bauby dies.

More information is available listed below