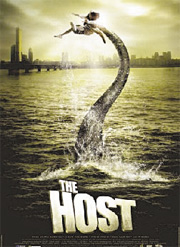 Just wait and see what happens to Cheonggye Stream in central Seoul where “The Host 2” will be shot this summer.
The movie is a prequel to Bong Joon-ho’s “The Host” (2006), which starred Song Kang-ho, Byeon Hee-bong and Park Hae-il.
The Host featured just one beast living near Wonhyo Bridge; the prequel is packed with malevolent monsters living downtown.
Havoc ensues when hapless developers dig up Cheonggye Stream in 2003 and unearth several disgruntled residents of the hairy and ugly kind who are mightily unhappy that their homes just got bulldozed. 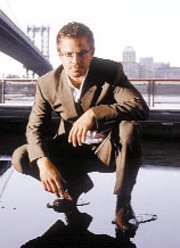 Arirang TV plans radio news slots for ‘English-living environment’
Local English-language channel Arirang TV hopes to capture a slice of the surge to learn English using current affairs as a springboard.
Arirang will air English radio news 50 minutes a day and 10 five-minute news programs on the Korean radio station YTN on 94.5 FM starting April 1.
“There have been many plans to strengthen public English education in Korea,” said Chang Myung-ho, president of Arirang TV, during a press conference last Thursday. “The most important strategy is to create an English-living environment.”
Meanwhile, Arirang TV is launching three new subtitle services in March including Russian, Vietnamese and Indonesian.

Brave volunteers quit high-tech and risk going cold turkey
Could you live without a high-tech cell phone or computer?
EBS TV aired the first episode of its new program last night, “Real-experience Project X.” The program studies what happens to volunteers when they give up a cell phone or Internet access.
The first episodes follow what happens to 32 residents in South Chonnam, South Jeolla, when they give up TV for three weeks. You can catch the show every Tuesday evening at 7:55 p.m.
By Lee Eun-joo