Hubs get hip by mixing art, music and fashion

Hubs get hip by mixing art, music and fashion 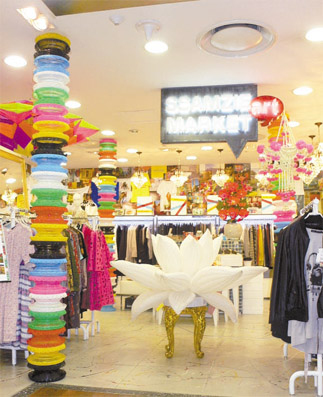 Ssamzie Art Market at Lotte Young Plaza sells goods made by artists including some by Nancy Lang and Choi Jeong-hwa. Provided by the organizer

The main boulevard that leads from the Galleria Department Store to Cheongdam Intersection in the south of Seoul used to be so slow and quiet on Sundays that most galleries in the area designated the day as a regular holiday.
That began to change when Nature Poem, the neighborhood’s new landmark, which houses 14 art galleries in one building, decided to do something radically new.
Aside from middle-class wives who usually make up a majority of collectors visiting the area’s art galleries during weekday afternoons, the gallery owners in the new building wanted to discover a niche market of art buyers. The strategy was to draw people to galleries on Sunday mornings.
Last Sunday, the move for change was launched with the galleries of Nature Poem hosting a concert and a buffet brunch of bagels, fresh fruit and croissant sandwiches spread on the galleries’ tables with jugs of fresh orange juice.
Instead of tourists and older patrons, the galleries on Sunday greeted families coming out of church and young parents taking their kids for a stroll. 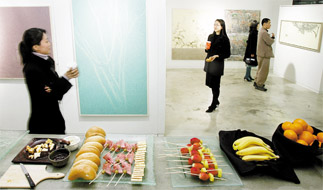 By noon, a classical trio arrived to entertain the visitors with chamber music in the building’s atrium, where galleries and fashion designers held a flea market.
“We just had a young couple walk into the gallery wearing tight hiking pants,” says Jeong-yim Kho, the curator at Pyo Gallery South. “They parked their bicycles outside the gallery and bought a small print on their way out. You don’t see that on this side of town. Often, they peek through the gallery windows and walk away quickly, because they’re too shy to enter an art gallery.”
Younger visitors have already given Nature Poem a perky nickname. Many call the place a “gallery department store” because all the galleries are clustered in one building like a shopping mall and it’s located close to Galleria Department Store, the area’s ultimate galaxy of high fashion.
But most of all, the name suggests that gallery-hopping is increasingly seen as a trendy activity among the young, fashion-conscious crowds. In their heels and clutches, they rarely visit the area’s galleries unless some private party is taking place.
Galleries in the south of the city, however, are not the only ones pushing hard to attract a broader spectrum of visitors.
From major museums to smaller galleries across Seoul, the idea of mingling art, music and high fashion is becoming hip.
Tod’s, an Italian leather house, holds fundraising events to sponsor a local alternative art gallery, Project Space Sarubia. Every year, the gallery’s contract artists are invited to create artworks using the company’s leather.
The artworks are later entered into a fundraising auction aimed at VIPs.
Major fashion labels like Hermes invite young local artists to apply for an art award. The winner gets prize money worth 20 million won ($21,128) plus a free exhibition at the company’s posh gallery above its main flagship store, Maison Hermes Dosan Park, in Sinsa-dong.
Museums in Seoul are also using their slow hours to hold parties, concerts, flea markets and launch events.
In December, Adidas Originals held its spring-summer collection fashion show at aA Design Museum in Hongdae, where Fantastic Plastic Machine, Japan’s popular electronic musician, was the show’s D.J.
When the show began, a female model strutted across the floor of the museum’s main gallery, which was turned into a fashion runaway, her shaggy poodle attached to the string of a yo-yo.
Bob Marley and Missy Elliot tunes bounced from wall to wall and vodka was served in zipped plastic bags. Instead of the museum’s usual furniture designs, a member of Dragon Ash, a popular J-pop band, spun around the floor for a B-boy performance.
“It was a perfect space to convey our brand’s theme,” says Sin Yun-cheol, a marketing spokesperson for Adidas Korea. “The museum had a great vintage warehouse feel to it without flashy decoration added to its architecture. This was reminiscent of the urban sentiment in Berlin, where the brand comes from, which is what we wanted.” 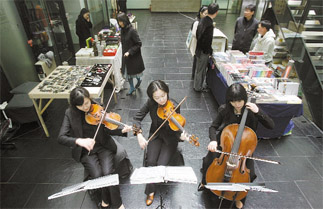 For others, the boundary between artistic genres has never existed in the first place.
For years, art and fashion have influenced each other one way or the other.
The actress Mae West inspired the surrealist painter Salvador Dali to create the famous Lips Sofa. Many contemporary artists have made their way as fashion tastemakers and stylists, including pop artists Andy Warhol, Keith Haring and Jean-Michel Basquiat.
In 2006, the Korean performance artist Nancy Lang collaborated with a domestic fashion label to launch her clothing line.
Lang, a painting major from Hongik University, rose as a major fashion icon among local teens after she showed up on stage in a trendy nightclub in a bikini, stilettos and long fur coat.
The act was part of Lang’s public performance “Taboo Yogini,” which supposedly represents mixed images of angels and demons.
Lang later published an auto-biographical book based on a performance combining pop art and fashion, titled “Nancy Lang’s Modern Art in Bikinis.”
Choi Jeong-hwa, an installation artist often dubbed the pioneer of Korean kitsch, produces artist-made sofas, tea tables and plastic chandeliers. During the 2005 Venice Biennale, he installed a plastic lotus at the rear of the Korean pavilion.
On March 1, Korea’s Independence Movement Day, Choi stretched his idea, and held an exhibit at Ssamzie Art Market, an art shop at Lotte Department Store’s Young Plaza, which is run by the art gallery Ssamzie Space.
The shop’s selections include goods made by artists like Nancy Lang who have been presented by the gallery at past exhibitions. 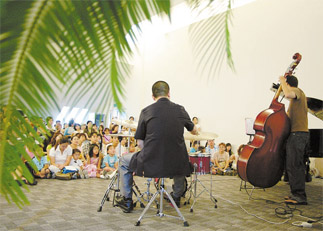 A jazz concert at Daelim Contemporary Art Museum. Provided by the organizer

At Lotte’s shop, Choi personally redecorated the space with his works, and posted stamps of the Taegukgi, the Korean flag, on visitors’ bags and notebooks.
“It’s a new concept store where the public can shop for modern art in a department store,” says Park So-hyun, a spokeswoman for Ssamzie. “The idea has crumbled the walls of high and low art.”
But for most museums, the focus is just on art with a little bit of music.
One of the most successful museum concerts so far has been a regular jazz performance at Daelim Contemporary Art Museum, which takes place on the second and fourth Saturday afternoon each month. But the concerts only take place while an exhibition is on.
But that’s true of most galleries and museums hosting concerts and other cultural events, because the main reason for holding side events is to expand the number of museumgoers.
Rodin Gallery on Taepyeongno in central Seoul resumes its next season of concerts on the evening of April 3 after the opening of a show by the photographer Atta Kim.
Leeum is a rare exception. It holds regular concerts every other week in the museum’s auditorium on Thursday evenings at 7 p.m.
“The concerts create intimacy between the musicians and visitors,” says Chang Il-bum, a music critic and a commentator for Leeum’s “Thursday Concert.”
Between performances, Chang comes on stage and chats with the musicians about the music. The artists from past concerts include French pianist Francoise Choveaux, the flutist Philippe Pierlot and Quartet X, a Korean group that plays a mix of pop and classical music, such as their unique version of the theme song of “The Simpsons.”
Last spring, Chang organized Bach’s “The Coffee Cantata,” the composer’s satirical piece about coffee addiction. The organizer gave out free coffee to the visitors after the concert.
“We keep the audiences to 200 people to maintain the atmosphere,” Chang says. “The setting adds a special musical experience.” 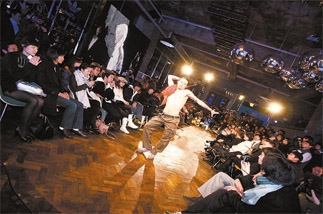