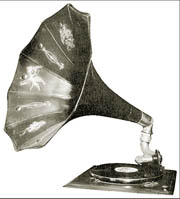 Audio equipment is like a toy for some adults, a passionate lifelong hobby similar to some people’s obsession with cars.
There is even a joke about those consumed by audio equipment.
An audio buff, they say, would never go out to have an affair with another person since they already have a lover [audio equipment] in the house.
Continuously changing equipment is a rite of passage for audio buffs and the journey to heavenly sound is as bumpy as the road in “The Pilgrim’s Progress.”
In the case of the finest equipment, one cartridge needle may cost millions of won (thousands of dollars). An inter-connector may be hundreds of thousands of won. Speakers can run tens of millions of won.
As the gap between prices and salaries widen, letting one’s spouse know about the actual amount of money spent on audio equipment could jeopardize a marriage. To maintain peace at home, a buff may drop a zero or two.
An audiophile must also keep an eye on the neighbors because the treasured instruments, while playing lovely music, may upset their neighborly peace.
Professor Kim Young-sub (story above) said that is why he built his audio room in his basement. As for the wife, Kim said she has shown him mercy and overlooked his obsession.