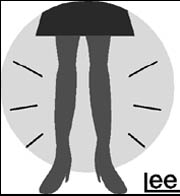 In the 1988 film “Cinema Paradiso,” whenever the local censor, a priest, rings a bell, movie projectionist Alfredo must cut out the scene. The highlight of the movie was the point when the character Toto returns home as a successful movie director, loaded with honors. Tears well in his eyes as he watches the series of previously cut-out kissing scenes, running in a beautiful film before him.
The Federal Communications Commission has the same role as the priest in broadcast circles in the United States. Singer Janet Jackson’s breast was exposed when Justin Timberlake pulled off a piece of her costume during the Superbowl halftime show in 2004. The so-called “Nipplegate” threw American society into a furor. The FCC had been confident about its censorship criteria. It was said to have decided on the level of obscenity by adding up the individual letters of complaint that it received. But as a record number of angry e-mails poured in, the criteria were of little use. Parental groups complaining about the indecency of the show sent letters in by the bundle. The FCC had to amend its regulations about deleting e-mails in bulk from statistical data.
There is no other social sector in which experts can be caught in a trap as easily as in the arts. On April 11, 1992, a new singing group took the stage during a variety show, singing and dancing in a way that was described at the time as “weird.” The panel of judges, comprised of writers, lyricists, critics and singers who were famous during that time, only gave the group a score of 8 out of 10. “The rhythm was pretty good, but the melody was weak,” they said. This was the fragile beginning of the landmark Korean group Seotaeji wa Aideul (Seo Tae-ji and the Kids). Their rap music and their songs like “I know it” went on to expand the base of Korean popular music.
The Supreme Court made a surprise attack against common sense yesterday. It ruled that an accused man, who took a candid shot of a woman in a miniskirt, was innocent. The court decided that if the genitals are not exposed in a video clip, it is not pornographic.
We can say that concepts of obscenity and lewdness fluctuate depending on the time and the place. No one can definitively say whether miniskirts, a symbol of gender liberation, will disappear from the streets. But, of course, pornography can quickly get out of control; it only takes a quick glimpse at the Internet to see how.
The rulings of the Supreme Court should be taken into due consideration. However, we still think the court may have been caught in a trap.