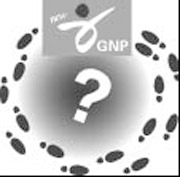 The Japanese general elections for the House of Representatives held on Sept. 11, 2005 was so dramatic that its likes will probably never be seen again. Then-Prime Minister Junichiro Koizumi caught the eyes and ears of the voters with an unexpected strategy. As a result, a record 67.5 percent of the people voted. The press dubbed Koizumi’s political style, likened to a variety show, as “theater politics.”
The highlight was what came to be called the “assassin nominations.”
Koizumi excluded all of the House members who had opposed privatization by the past administrations from his party’s nomination process. The opposing factions had no choice but to leave the party and either run for election on their own or join a new party.
Koizumi fielded star candidates IT entrepreneur Takafumi Horie, adored by the Japanese press; a female cabinet member who was a former announcer and a celebrity cook who was a famous television personality –– as “assassins” to go after the big names who left the party. Koizumi had accused the party defectors as being anti-reform and claimed his candidates were the reform leaders. The Liberal Democratic party was able to win its largest victory since its founding, securing 299 of the 480 House seats.
Later however, “assassin nominations” became a burden for the Liberal Democratic Party.
One year after Koizumi left office, the return of those anti-Koizumi lawmakers became a big issue. There were 12 heavyweights among them.
However public opinion did not favor the defectors who were regarded as anti-reform in the past elections, nor did the public have much patience for the fierce internal struggles in the party surrounding the acceptance of those who wanted to come back in after revolting against the party.
The approval rating of former Prime Minister Shinzo Abe declined sharply when the public realized that he was passive about the situation.
Korea’s Grand National Party is in turmoil because of a similar issue — whether the party should embrace its defectors in the recent general elections. The Pro-Park Geun-hye lawmakers left the party declaring that they will survive and return, so trouble was already expected before the elections.
A simple comparison between Japanese Liberal Democrats and Korean Grand Nationals isn’t right, though.
But they must remember one thing:
After the Liberal Democrats made a lot of noise about the issue after their historic victory, the public turned its back on them.