A unique Korean cartoonist who inspired a generation of artists

A unique Korean cartoonist who inspired a generation of artists 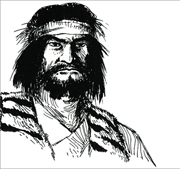 In 2002, the late cartoonist Ko Woo-yung was diagnosed with colon cancer. Just before he was put under in the operating room, he rose from his bed and looked around. The nurse sternly reprimanded him, saying he shouldn t be moving.

I have to study the room before I forget, so I can use it in my cartoons, he said.

He died three years ago after a very active life. He was a fisherman, golfer, traveler, scuba diver, baseball player and even an amateur boxer. He authored cartoons like Iljime and Samgukji.
A retrospective on his work, Ko Woo-yung s Cartoons: Never Ending Story, will be held in July at Arko Museum. It is the nation s most notable comic art exhibition.

The retrospective offers Korean cartoonists a chance to promote their art and re-evaluate Korean cartoons, which have long been seen as low-brow entertainment.

The show will take an in-depth look at the historical context of Ko s heyday in the 1970s and 1980s, particularly the ways in which many young artists today reinterpret his work, says Kim Hyeong-mi, the curator at Arko. His work will be displayed on a large scale using the museum s versatile space.
Ko s sketchbooks reveal his eagerness to incorporate his experiences into his work. His work is accompanied by vivid phrases, such as a sea that mimics the sesame oils of the North Pole, scuba diving 15 meters below the sea in Cebu Island, the taste of meat from a dead fighting bull and edelweiss under the moonlight in Zurich.

His strong imagery and dramatic storytelling attracted a wide readership here, and several of his works were turned into TV dramas and films.

Iljime, a well-known story about a chivalrous robber set during the Joseon Dynasty, was recently made into a TV drama about a man disguised as a woman starring Lee Jun-ki from The King and the Clown. 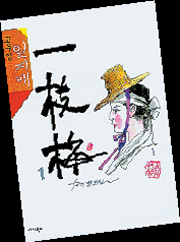 Ko s career highlight was the release of comic strips that reinterpreted major classics. He boldly dramatized characters from the novels and chronicled Asian history with a sharp sense of humor.

Film director and critic Kim Hong-joon will present a film that compares Ko s work with a film by Kim Ki-young, a veteran filmmaker.

Ko Seong-il, the artist s third son and a musical producer, will put on a show called When You Think of Me, inspired by his father s artistic spirit, at a different venue. 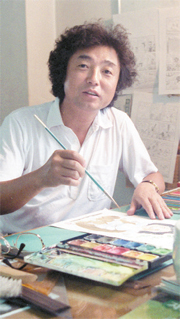 A retrospective of the work of cartoonist Ko Woo-yung will give fellow artists a chance to re-evaluate Ko’s contributions to contemporary culture. [JoongAng Ilbo]

My father never drew random cartoons from his imagination, recalls Seong-il. People identified with his sense of humor because he mixed the social awareness of his time with his own experience.